Indian captain Virat Kohli is known for his on-field aggression, which has led him to criticism several times. Meanwhile, there are numerous admirers of his fiery approach while playing cricket. Sourav Ganguly is one of them, who want to ask Virat to whom he shows his fist pumps. 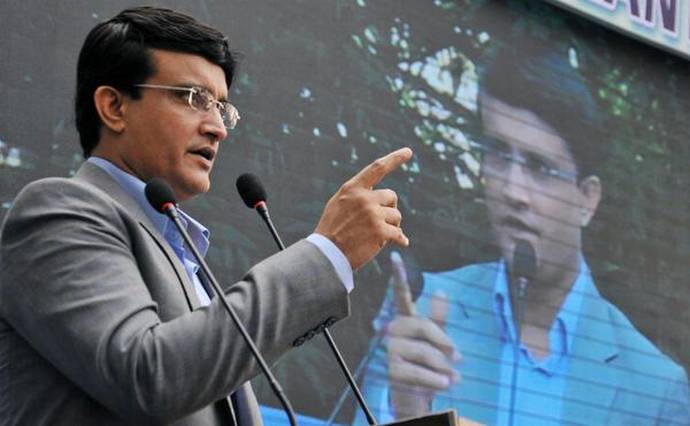 Ganguly is set to launch his first book and on this occasion, he went to praise his successor. He remarked that he has a lot of faith in the Indian skipper and believes that the times ahead are very good for the Indian team.

As per the interaction with the News18, Sourav Ganguly was asked to distinguish the approach he had as a captain and the approach Virat Kohli and MS Dhoni have had as the leader of the Indian side. Comparing Virat and Dhoni, Sourav noted that the two individuals are very different personalities altogether.

Dada mentioned that Kohli is more expressive while on the field, which is similar to him. Dhoni is rather cool and calm in comparison. However, Ganguly mentioned that pressure always remains there whether a person is calm or expressive.

On the lighter note, Sourav Ganguly noted that Kohli has taken the expressive nature a level higher. He also joked that he needs to ask Kohli about the fist he usually shows on the field. “Kohli has probably taken one step further. I need to ask him who does he show the fist to every time a wicket falls. I need to find that out from him,” quoted Ganguly.

Adding to the same, the Price of Kolkata hailed Kohli as arguably the best player in the world at the present moment.