The infamous sports presenter, Mayanti Langer has been dearly missed during the Indian Premier League (IPL) 2020 by her fans as it was quite a surprise for many. One of the most well-known faces of sports broadcasting in India, she has become an integral part of the Indian cricket fraternity and is highly popular among the fans. e

Unsurprisingly, the fans were left surprised when Star Sports confirmed that Langer won’t be able to take part in the ongoing tournament in UAE. As fans had started the rumors behind her absence, she took to Twitter to reveal that she missed the tournament because of her newborn.

Langer’s replacement, Meadows might be a new name in India but she is a popular face in Australia. She was a presenter and commentator across the Fox Sports network for te last decade or so, covering Australian rules football, cricket, and basketball.

Having an absolute ball with everyone in our bio bubble… feeling very lucky to be a part of this team. Thanks for having me @starsportsindia!

In addition, Neroli Meadows is also the head presenter for Triple M’s Australian Football League (AFL) coverage. She also co-hosted the short-lived revamp of the Nine Network program The Footy Show in 2019. In February 2020, she was also seen covering the US Super Bowl in America, as part of her coverage with ESPN.

As far as her education is concerned, Meadows’ alma mater is Curtin University where she studied journalism, whereas she completed a diploma in broadcasting at the West Australian Academy of Performing Arts.

What. A. Day. From the incredible @southernstars to King Kohli! I loved every second. Bring on the Tests!

In October 2019, Fox Sports cut down the contract with Meadows due to alleged cost-cutting, leaving the fans surprised. Later, Foxtel boss Patrick Delany defended the decision by saying, “We have plenty of women on the network and from time to time people go.. people don’t have jobs for life”.

Here are some more pictures of Neroli Meadows:

The moments just before the interviews… just received this pic from @vkoffiicial and it made me giggle!

I have the best bloody mates in the world. Who knew a birthday alone in a hotel room could provide as many laughs as it did. These legends from WA posted a present to Melbourne for me to take to Dubai. In that present – was this outfit – earrings included. They wanted me to feel special on my birthday. They organised a WhatsApp call at 4pm and organised room service to arrive right on time with cheese and drinks – and bonus cake from the amazing humans at the @oberoidubai. I am so grateful to have such incredible life long besties. Thank you for making this day so special in such a bizarre situation @erin__oneil @yasminephillips @nemagill @megs_s_murray @becnomiddlename!!! And thank you for my amazing gifts @schmoi @kelly_combes @meandthemoo. I repeat – I have the best bloody mates on earth. #colliekids #quarantinebirthdays 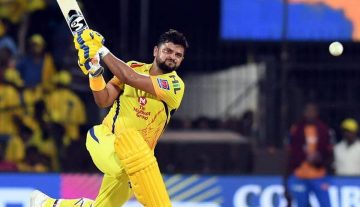