Videos
Netherlands Players Were Searching for The Ball Behind The Bunch Of Trees
By CricShots - Jun 17, 2022 5:32 pm
Views 2K

England is back playing the One Day Internationals as they are locking horns with the Netherlands for three-match series at Amstelveen, Netherlands. The World Champions haven’t played an ODI match for almost a year now and they are only playing against the Dutch for the first time in a bilateral series.

The Netherlands doesn’t have a history of hosting too many international matches and the stadiums in the country aren’t as developed as one gets in the Test-playing nations. The grounds are covered with trees around making up a picturesque setting and a view to enjoy cricket.

With the England team traveling with some of the most assertive batters, it was expected that the ball would travel a long way at some point in time of the series. It happened quite quickly as Dawid Malan smacked the Dutch captain, Pieter Seelaar, for a huge six that went into the big trees and bushes just on the boundary of the ground.

ALSO READ: Prithvi Shaw Hopeful For A Miracle After Being Ignored For The Ireland Tour

Just like in the amateur level of cricket, when a ball gets lost behind the tress, all the players of the Netherlands team gather around and try to find it, a similar thing happened in this ODI game as well. The Dutch players and a few officials went inside the bushes to search for the ball.

Drama in Amstelveen as the ball ends up in the trees 🔍 pic.twitter.com/MM7stEMHEJ

There was another incident from the same game when the crowd was seen searching for the ball in the bushes when Jos Buttler smashed a huge six. Here is the video of the incident:

People searching for the ball hit by Jos Buttler 😅😅😁 pic.twitter.com/dvCKNvybbQ

WATCH – Jason Roy gets out by his cousin Shane Snater 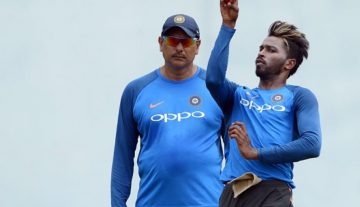