Team India witnessed an eventful outing on day 2 at the field in the ongoing first day-night Test against Australia in Adelaide. Despite getting bundled out for 244 in the first session of Day 2, the Indian team made a strong comeback in the last two sessions. Earlier, the suicidal dismissal of Virat Kohli on Day 1 triggered a collapse that resulted in them slipping from 188 for 3 to 206 for 6. The template did not change on the next day as all it took the Aussies to dismiss India was 25 balls.

Pat Cummins and Mitchell Starc wasted no time in the first session as India skittled to 244 all out. The trailing Australians were looking on backfoot from the word go owing to the Indian fast bowlers who conceded teh first run after 28 balls in the first innings. Some attacking lines coupled with a bit of umpire’s-call-luck falling India’s way, Bumrah got the better of Matthew Wade and Joe Burns before dinner.

Resuming at 35 for 2 after Dinner, India was rather kind to give Labuschagne as he received a couple of easy lifelines. After some luck favoring the hosts, things took a drastic change when R Ashwin came out to bowl as in his first over itself he managed to dismiss Steve Smith, who labored his way to 1 from 28, edged an under-cutter to Ajinkya Rahane at slips. Before Australia managed to make a comeback, Ashwin sends back Travis Head (7 from 20) as well.

Debutant Cameron Green’s 24-ball outing also ended by Ashwin, but this time it was the brilliant diving catch of Kohli that resulted in a wicket. With half their side in the hut at 79, India took a certain advantage in the game. Coming to deliver in the most anticipated time of a Day-Night Test: Umesh Yadav dismissed Marnus Labuschagne and Pat Cummins in the same over.

Mitchell Starc was looking to attack the Indian bowlers, whereas, from the other end, Tim Paine kept on testing his luck, after being dropped by Mayank Agarwal early in his innings, and completed his 50 from 68. The 27-run partnership came to an end with a run-out when they attempted a tough couple.

Pain then added 28 runs with Nathan Lyon for the 9th wicket before R Ashwin dismissed the latter. Paine stood unbeaten at 73 as India managed to take a healthy 53-run lead as Umesh Yadav got the final wicket of Josh Hazlewood. Coming to bat in the most dislikeable phase for any batsman, in the very brief passage of play, Pat Cummins cleaned up Prithvi Shaw and with just three overs left in the day, Jasprit Bumrah, the night watchman, joined Mayank Agarwal as India went 9 for 1, at stumps.

Adelaide and Australia all out for 191 reminds of 2003, though that was in the second innings.
Bowling mast ki apan logon ne.

Feel for Prithvi Shaw, he is a wonderful talent but his eagerness to power the ball, also the challenge that T20 has on one’s technique is his undoing. Most players searching for power lose balance and their hands stray away from their bodies. #AUSvIND

When you have a good bowling attack it always keeps you in the game. Brilliant comeback by India! The lead could have been been bigger though…still well done to India! 👏👏👏#AUSvIND

Mark Howard- Congratulations patty, wicket of Prithvi Shaw, well done mate.
Pat Cummins- That doesn’t count. We were about to save his wicket for Marnus to get it but oh well🤷🏻‍♂️ #AUSvIND

India should export the likes of KL Rahul if they don't want them. Playing players like Shaw is a insult to them. Waisting talent for nothing! #AUSvIND 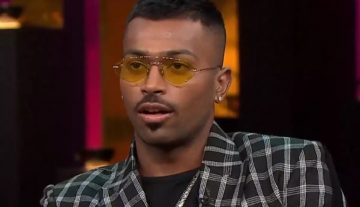