On Tuesday, the New Zealand Cricket (NZC) has allowed the Indian Premier League (IPL) bound cricketers to participate in the second phase of the tournament. The NZC has also announced different squads for the sub-continent tour and T20 World Cup 2021 as part of its workload management in Covid-19 times.

While the first-choice New Zealand team under the captaincy of Kane Williamson will tour India after the T20 World Cup, Tom Latham will be leading the second-string team to Bangladesh and Pakistan in September-October as it coincides with the suspended IPL resuming from September 19.

In a statement regarding the same, New Zealand Cricket (NZC) said, “The first BLACKCAPS squad will depart for Bangladesh on August 23 and the players from the Test tour to India will return home and emerge from MIQ just before Christmas.”

They further added, “While the Test squad to tour India will not be announced for another month or so, the BLACKCAPS white-ball squads will comprise a total of 32 players – including two new to the set-up in Canterbury all-rounder Cole McConchie, and Wellington paceman Ben Sears.”

With the @T20WorldCup squad confirmed find out what it means to Trent Boult to represent New Zealand at @ICC events. #T20WorldCup pic.twitter.com/WCTFPgeSOu

Elaborating the same, White said, “They need to safeguard the well-being of our players and support staff is now very real, and we’ve endeavoured to do this by carefully managing their workloads over this winter’s massive playing program. It’s a pragmatic approach. We’ve always tried to be realistic about the IPL and this particular issue is very much a one-off, caused by a unique set of circumstances.”

The premier T20 tournament had to be suspended in May with Covid-19 raging through India at that time and multiple cases were also reported in the tournament’s bio-bubble. 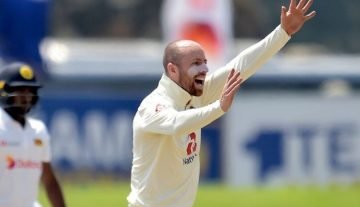