In the nail-biting finish, New Zealand snatched a four-run victory against Pakistan in the first Test of three-match Test series at Abu Dhabi and took a 1-0 lead of the series.

On the dramatic fourth day of the Test match, Pakistan just failed to win the Test while the debutant New Zealand left-arm spinner Ajaz Patel’s five-wicket haul helped them to win the thrilling Test match.

Chasing down the 176-run target, Pakistan began the day on their overnight score 37/0. Soon under the first six overs of the day, Pakistan lost their three batsmen, including both the openers. After that, Azhar Ali and Asad Shafiq provided a very crucial partnership of 82-run for the fourth wicket that rescued them and was leading them towards the safe chase.

But everything was changed quickly after Shafiq was dismissed on 45 runs off 81 balls (4 fours) just before the lunch of the day.

Soon after the lunch break, Azhar Ali and Babar Azam had a huge misunderstanding in the running between the wickets that led to a run-out of Babar on 13 runs. After that, Pakistan regularly lost their wickets as none of the other batsmen managed to play the double-digit knocks. While the skipper Sarfraz Ahmed was caught behind for just 3 runs, the last four batsmen failed to open their accounts.

In the end, Azhar Ali fought hard and led Pakistan to the closure of victory. He played very patiently but just failed to secure that thrilling victory as finally the Kiwi hero Ajaz Patel trapped him for an lbw through a brilliant delivery and finished the game. Ali was dismissed on 65 runs off 136 balls (5 fours) while Pakistan was all-out on 171 runs with just five runs short from the target. From 130/3, Pakistan dramatically collapsed on 171 runs.

Earlier in this match, New Zealand was bundled out on 153 runs in the first innings after choosing to bat first. In reply, Pakistan scored 227 runs with the 74-run lead. New Zealand managed to score 249 runs in their second innings before getting bundled out and set the target of 176 runs for Pakistan.

The debutant New Zealand cricketer Ajaz Patel won the Player of the Match award who took a total of seven wickets (2/64 & 5/59) in this game.

From 130/3 , Pakistan collapse to 171 all out and the @BLACKCAPS win a thriller in Abu Dhabi by 4 runs. Test Cricket at its Best #PakvNZ pic.twitter.com/UAWzycdut0

What a fantastic test match to be calling @jecfranklin @SteelyDan66 Both @BLACKCAPS & @TheRealPCB played in great spirit. Congrats to NZ and what a series we have in store. #PakvNZ #testcricket #aliveandwell #victory

From 147/4 to lose chasing 176 required a special effort not just from NZ but from Pakistan. Only Pak can provide such thrillers out of easy victories. Well done to NZ and bad luck Pak #PakvNZ

A test match to remember for a long time. An outstanding effort from New Zealand to win this after being out of the game for so long. Their never-say- die attitude is so wonderful and Test Cricket is well and truly alive #PakvNZ

There have been plenty of poor run chases by Pakistan over the years, but that was one of the worst you will ever see #PAKvNZ #Cricket

Not the first time Pakistan has lost chasing on the 4th/5th day – Remember Edgbaston,Hamilton,Melbourne,Barbados,last year tests,mental blocks in chasing on the last day,panicking under pressure situations..#PakvNZ

Who said that test cricket is boring. What a match it was but unfortunately Pakistan lost.
Congratulations @BLACKCAPS #pakvsnz #unpredictablegame

Oh wow!! What an end!! Well done the Black Caps.#PAKvsNZ

Embarrassing defeat, losing by 4 runs after being 130-3. Sarfraz is too blame, he hasn't played a captain innings in such a long time. Feel for Azhar Ali though, not much he could do being the last man standing. #PAKvNZ pic.twitter.com/FFgTFaJVhN

'A great advertisement for Test cricket' – said Kane Williamson after the Black Caps held their nerves to win the first Test at Abu Dhabi.#PakvsNZ

Wait! I think I download the wrong Azhar Movie#PAKvsNZ pic.twitter.com/fvmhtUuX7P

ICC should acknowledge Pakistan's contribution for test cricket. No matter which team they play, the end is always a nail biting one #PAKvsNZ 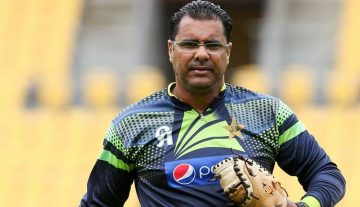