Despite being in the twilight of his career, Mahendra Singh Dhoni remarks as the best wicketkeeper in the world cricket currently, who is expected to keep the wickets for India in the forthcoming ICC Cricket World Cup in England. However, he didn’t have a memorable 2018 with the bat but he stopped all the talks about his retirement with the commencement of 2019. 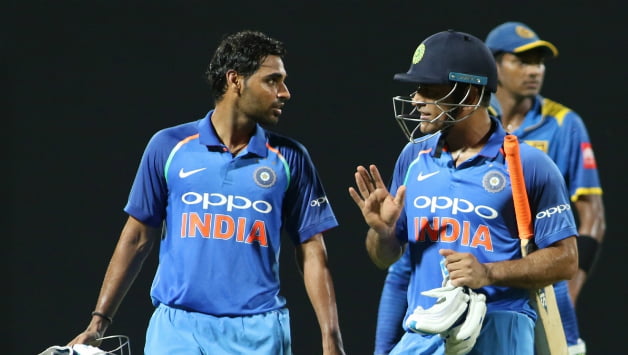 In the six One-Day International matches that Dhoni has featured in, he scored three half-centuries while being dismissed only twice and scored 242 runs. His first fifty this year came against Australia in the first ODI of the three-match series but he couldn’t take India over the chasing line. That slow innings brought him some criticism as he ate up 96 deliveries in the process.

However, Dhoni turned this around in the second match where he first impressed with wicketkeeping gloves before making a winning contribution with the bat. The 37-year old scored an unbeaten fifty to take India home. He came to the crease when India was in a precarious position despite skipper Virat Kohli looking in ominous form at the other end. India needed 139 off 118 deliveries when Dhoni joined Kohli at the crease and there were apprehensions that the World Cup-winning skipper’s knack of using too many deliveries early on can hurt India.

The list of Dhoni’s admirers is growing with every passing day and now here is a new inclusion in that list. Indian pacer Bhuvneshwar Kumar’s wife Nupur Nagar revealed on his social media handle that MSD is his favorite cricketer after Bhuvi. She revealed it during a question answer session on Instagram.

India won the five-match One-Day International series against New Zealand by 4-1 after winning the fifth ODI by 35 runs. Mohammad Shami was the man of the series for his 9 wickets in the series while Ambati Rayudu bagged the man of the match award for his 90-run innings. Now both teams will be playing three-match T20I series starting from 6 February in Wellington. 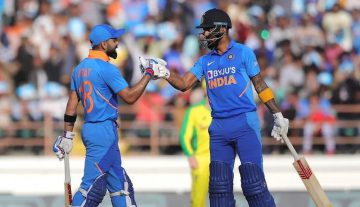