After a complete whitewash in the five-match T20I series, New Zealand made a strong comeback as they took an unassailable 2-0 lead in the three-match series against India. The Kiwis will be smelling some vengeance for T20Is and be eyeing for a whitewash over India as both teams face off in the third and final ODI at the Bay Oval in Mount Manganui on Tuesday. Similar to the T20s, both ODIs so far have been competitive although New Zealand has managed to hold their nerves in the crunch moments.

The Indians will love to make amends and looking to register a solitary win at the Bay Oval. With the Test series following this match, both teams could tinker with their lineups. However, another competitive match is on the cards between two formidable and evenly matched sides on Tuesday.

A good batting track can be expected although the pitch has been known to [rovide some assistance for the bowlers. The last ODI played here was between New Zealand and India in 2019 with the Indians registering a win owing to a solid bowling performance. Change of pace will be key for the pacers with either side likely to bat first upon winning the toss. Here are some of the predictions for the game:

Kane Williamson is expected to make a comeback in the playing XI for the final ODI after missing the first two games due to injury. He should come in for TOm Blundell while veteran pacer, Tim Southee, who is unwell, could also be given a break with the Test series in mind. New Zealand’s batting line-up looks well-equipped with Martin Guptill and Henry Nicholls providing much-needed starts at the top of the order.

Ross Taylor and Tom Latham are key in the middle orders with James Neesham and Colin de Grandhomme providing the balance with bat and ball. Man of the match in the second ODI, Kyle Jamieson will be the go-to man for the Kiwis as they eye a clean-sweep over the tourists in this game.

India is expected to make a few changes in the playing 11as compared to the one played in Auckland. Manish Pandey, who had a brilliant T20I series with the bat, looks set to replace Kedar Jadhav while Jasprit Bumrah could be afforded a rest ahead of the Test series. Mohammed Shami should come in for Bumrah while the rest of the side picks itself.

The top three of Prithvi Shaw, Mayank Agarwal, and Virat Kohli have not been able to contribute as per the expectations and now they need to provide some support to the in-form duo of Shreyas Iyer and KL Rahul, who have been sensational in this tour. Ravindra Jadeja’s form with the bat also shone in the previous game which bodes well for India. Yuzvendra Chahal and Navdeep Saini are ones to keep an eye with the Indians looking desperate for a win at Bay Oval. 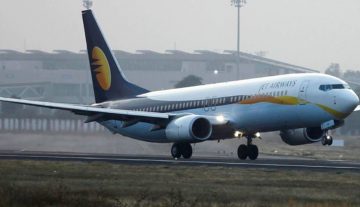