The final match of India’s tour of New Zealand will be commencing on Saturday as both teams will be locking horns with each other in the second Test in Christchurch. The Kiwis hold the advantage after a clinical performance in the previous game. With Neil Wagner set to return for this game, the Kiwis will be eyeing another home Test win against India.

India will try to redeem themselves after a humiliating 10-wicket loss in Wellington. However, India cannot be taken lightly with a formidable bowling attack in their ranks. Virat Kohli and his men would look to make changes in this Test as they look to strengthen their top spot in the ICC Test Championship. In six Tests at Hagley Oval, New Zealand have won four, lost one to Australia, while one match against England ended in a draw.

A similar wicket to that in Wellington is expected for this Test match. Although the batsmen will be having some breather is relatively comfortable at the Hagley Oval, the pacers will be getting enough assistance. The spinners should also get some support while the batsmen might take some to get to terms with the nature of the pitch. With overcast conditions on the forecast for Saturday, bowling first upon winning the toss is the ideal scenario for either side. Here are some of the predictions for the game:

The New Zealand team management as they have to include Neil Wagner in the team. They will have to leave one of Kyle Jamieson or Ajaz Patel out for Wagner, who has been their best bowler over the last year or so. Apart from the one change, there are no changes expected in the Kiwi squad. New Zealand has an excellent and experienced batting unit with the likes of Tom Latham and Kane Williamson in decent form.

Their batting depth was evident in the first Test with Tim Southee and even Trent Boult getting in the act with the bat. As for the bowlers, more of the same is expected from them, with Wagner’s inclusion adding another dimension. Colin de Grandhomme provides a lot of balance, which should serve the Kiwis well in Christchurch.

Despite losing the first Test, India shouldn’t be making many changes to the playing XI barring one forced changeIshant Sharma got injured, and Umesh Yadav expected to replace him. While Ravindra Jadeja could feature to replace R Ashwin, the rest of the side picks itself owing to their form. While Prithvi Shaw and Mayank Agarwal should open the batting, the onus lies upon the experienced trio of Cheteshwar Pujara, Virat Kohli, and Ajinkya Rahane in the middle order.

Hanuma Vihari provides a lot of balance at no.6 and also doubles up as a handy bowling option. While Pant should don the gloves for this game, the bowlers will need to step up after slightly underperforming in the previous game. Jasprit Bumrah is one to keep an out for in this game as he leads the attack alongside Ishant Sharma and Mohammed Shami. 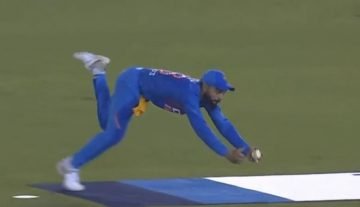