Sometimes a player says something and then it is blown out of proportion by the media or other members of the sports fraternity and something similar happened with the English all-rounder, Ben Stokes. In his latest book, he questioned India’s intent in the World Cup 2019 match against England. However, the Pakistan cricket fraternity took it in a different sense. According to the few former cricketers of Pakistan, India made a deliberate attempt of losing the match so that Pakistan doesn’t qualify for the next round.

Talking to ARY sports, Razzaq pointe out that MS Dhoni played slowly despite scoring 42 of 31 balls, he elaborated, “There is no doubt in this. I had told this at that time as well. In fact, everyone else opined the same. For a person who can hit fours and sixes at will, he was blocking everything…Hence, one tends to know.”

India was chasing a stiff target of 338 to chase in that match. Even after a century from Rohit Sharma and a fifty from Virat Kohli, the team fell short of the target by 31 runs. But, India had five wickets left in hand and their intent in the last five overs was questioned by many experts.

Recently, it was Stokes whose book started the talk regarding that match once again. In his book, On Fire, the all-rounder said that the way Indians batted in that match was a bit strange for the English side. 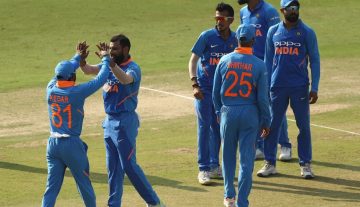