Former Indian skipper, MS Dhoni was recently in the news after #DhoniRetires started trending on Twitter on Wednesday. However, his wife Sakshi took to Twitter to clear the air regarding the wicket-keeper batsman’s future. While many current and former cricketers believe that the former India skipper has earned the right to retire on his own terms, former England spinner Monty Panesar, in an exclusive chat with TimesNow, said Dhoni’s decision of retiring from the international circuit, cricket will lose a huge number of fans.

Former spinner elaborated, “MS Dhoni is the most successful captain Indian captain, unbelievable white-ball cricketer, an excellent wicketkeeper and among top 5 captains. One of the best cricketers we have had. If tomorrow, Cristiano Ronaldo retires, football would lose a lot of fan following. Likewise, if Dhoni retires, it will be of the same magnitude, that’s the kind of following he has.”

ALSO READ: Suresh Raina Wants To Give-up On One Of His Best IPL Knocks?

Recently, veteran India off-spinner Harbhajan Singh said that according to him MS seems to have played his last match for India.

Harbhajan explained, “As far as I know him, he won’t want to wear India blue jersey again. IPL he will play but for India I think he had decided World Cup (2019) was his last.”

Dhoni has been on a sabbatical from competitive cricket since India’s semi-final loss to New Zealand in the ICC World Cup 2019.

The explosive wicket-keeper batsman was expected to lead the Chennai Super Kings (CSK) in the 13th edition of the Indian Premier League (IPL) but the Board of Control for Cricket in India (BCCI) postponed the lucrative league indefinitely due to the coronavirus pandemic. 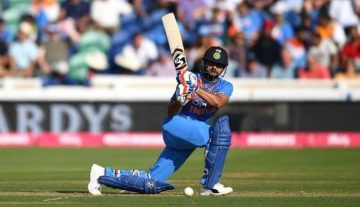