The last year has been a bit confusing as far as India’s choices with wicket-keeper batsmen are concerned. Though in Tests, India has found stability and it seems they have found two separate keepers for home and away conditions (Wriddhiman Saha and Rishabh Pant), it is the wicket-keeping in ODIs and T20Is, which has been a topic of debate for some time.

Ever since MS Dhoni has decided to take a break after the semi-final of the World Cup last year, the team management looked at Rishabh Pant. However, after some below-par performances, he was dropped from the side in favor of KL Rahul.

In a recent interaction with Times Now, India’s batting coach Vikram Rathour revealed that Pant has the backing of the team management. He said, “He (Rishabh Pant) hasn’t had a great last year and hasn’t done too well in international cricket. He still has the backing of the team management and we believe he is a special player. He can still bring a lot to the Indian cricket team once he starts scoring.”

The Indian batting coach also went on to reveal that Dhoni is still around. However, it is quite clear that if not today, but someday soon we might see Dhoni retiring. Rathour also mentioned that replacing someone like Dhoni is not easy in any sense.

Vikram added, “MS Dhoni is still around, we don’t know what is happening with him, but replacing someone like him is not and was never going to be easy, with the kind of stature he had in international cricket. Pant has had a few failures so he has been under pressure to perform, but something like this makes you a stronger and better player.”

Pant’s international career consists of 13 Tests, 16 ODIs, and 28 T20Is. He hasn’t had the best knocks in the ODI format. It should be noted that even Kerala player Sanju Samson is also under contention. 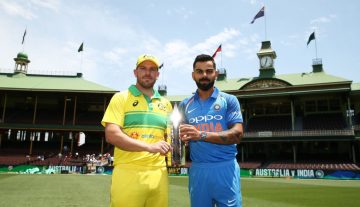 News
By CricShots - Mar 30, 2020
India Tour To Australia In Jeopardy Due To Lockdown?