Indian wicketkeeper-batsman Parthiv Patel feels India the Indian cricket team should give a “consistent run” to its wicket keepers. He adds how it will help them secure their place in the national team.

During the Instagram chat, Patel also spoke on the evolution of wicket-keeping. He said: “I think wicket-keepers are all-rounders. You have to keep a mindset that you’re a pure batsman and not a wicketkeeper. If you think your job will be done by just scoring 30-odd runs and then will keep. It will not happen anymore.

“There has been an evolution totally. People want your wicketkeeper to score runs. You can then play with five bowlers in a Test. You will have more chances of getting 20 wickets,” he added.

Parthiv Patel also stressed the importance of striking a balance between scoring runs and wicket-keeping. He says, “When I was on the Australia tour (in 2018), (MSK) Prasad was chairman. I had told him that when a wicketkeeper comes to the team it’s only because of the runs he scored. But when he is dropped it’s because of poor keeping. You have to strike the right balance. You have to keep that mindset.”

The  Gujarat Ranji Team captain has been an IPL veteran. He has featured for the Mumbai Indians for earlier. The 35-year-old is currently a part of Royal Challengers Bangalore. Speaking about IPL he says  “I’m with them for three years now. Like any other team, we go with the mindset that we will win this year. When you are not successful pressure increases. Wicket-keeper has a 360-degree view, personally I’ve experience of leading the domestic side for 10-15 years. I always tell Virat (Kohli) whatever I feel, same with Rohit earlier.” 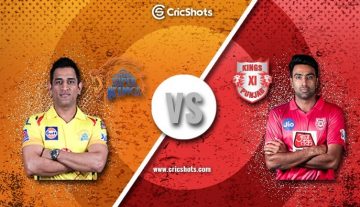