Australia fast bowler Pat Cummins has expressed his desire to see the IPL 2020 happen behind closed doors. The pacer feels that IPL returning will restore some normalcy in people’s lives and to the world of sport.

The entire world has been completely shaken by the outbreak of the Corona Virus pandemic across the globe. India’s premier cricketing event, the IPL was also rescheduled because of the same. Stated to commence from March 29, the Star-studded mega event was later expected to begin from April 15 onwards. However, considering the current developments in India, it is believed that IPL may be skipped this year or postponed to the latter part of this year.

In an interview with BBC, Pat Cummins said, “Of course, whatever it takes to try and get cricket up and play those big events safely. The first priority is safety but the second one is getting back to normality. It’s finding that balance. If that unfortunately means no crowds for a while then that’s that but hopefully people can watch at home on television.”

Pat Cummin had a splendid 2019 as the cricketer was named one of Wisden’s five cricketers of the year. He joined the elite list along with Ellyse Perry, Jofra Archer, teammate Marnus Labuschagne and Simon Harmer. Cummins was also named as the ICC Test Cricketer of the year for his fantastic performances. The fast bowler scalped 59 wickets in the longest format of the game in just 12 matches.

“The first I heard about it was a couple of months ago. The award is held in high regard in Australia, I remember my dad and grandad talking about it. It caught me off guard to get it but I felt very honoured and privileged to win it. I had to keep it quiet, I hadn’t told anyone,” he said.

Pat Cummins has come a long way in his international career. His stint as an Australian international was halted due to injuries. The player has worked on his fitness and played all five Ashes Tests.

“I have so many favorite moments from the Ashes series. There was a plan year’s in advance, I was in good form and fitness. To have a good series personally is great. It’s the one big event you really look forward to, and I’m proud to get through five Tests,” he pointed out. “In terms of moments, the two wins the first win at Edgbaston, starting the first Test match with a win. Then obviously retaining the Ashes at Manchester late in day five would be another moment.” 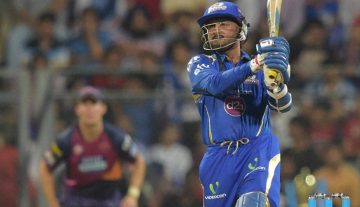