Australian skipper, Steve Smith has been playing a good role for his team in the Ashes series as he has scored big runs, according to his teammate Pat Cummins.

The Australia skipper once again proved his form when he passed 6,000 Test runs in his 111th innings on the second day of the fifth Test at the Sydney Cricket Ground on Friday. His 44* helped Australia to 193 for two at the close, 153 runs behind England’s first innings score, and he also registered 648 runs at a provisional average of 162 in the ongoing series.

Talking about his captain, Cummins said, “We’re stoked he’s on our team so we don’t have to bowl at him. He just goes out there and looks from ball one that he’s been batting for three hours already. No obvious weakness, no obvious time that it takes him to build into his innings. From ball one he knows his game so well.”

He further added, “Those big innings he has played as well, they have been really important. In Brisbane and Perth they were match-winning and in Melbourne it was match-saving. It’s just incredible and I think he’s been the difference between the two sides.”

Talking about the same, Cummins said, “He’s very different to pretty much every other batsman. He moves so much it’s harder to find your target. A normal fourth stump ball to anyone else, he can hit to the leg side as though it’s a leg stump ball and then the next ball he might not move so far and he hits a full-blooded cover drive.”

He further elaborated, “I think he’s just a really hard batsman to get a rhythm to. I think the best batsmen in the world are the most proactive, that find a way to get off strike, find a way not to let you settle in as a bowler. He’s a seriously smart batsman, he knows what he’s doing and he knows how to have one over the bowler.” 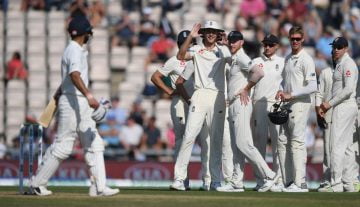