The fine interaction between International Cricket Council’s (ICC) Twitter handle and Paul Heyman, who represents WWE Universal champion Brock Lesnar, continued on Monday (January 21). It all began when MS Dhoni played an unbeaten knock of 87 which set the social media on fire in the third ODI against Australia at the Melbourne Cricket Ground (MCG) last week. With the veteran batsman giving nostalgia to his fans, the cricketing fraternity went gaga over him.

Ahead of the series, Dhoni was under immense pressure after a string of poor performances with the bat in 2018. The World Cup-winning skipper was slammed for his indifferent showing as he could manage only 275 runs in 20 ODIs. His average and strike-rate last year was his worst in 2018 since he made his international debut in 2004.

But as they say, the form is temporary and class is permanent, Dhoni was at his classic best in the just-concluded series against Australia. He scored the fifties in all the three games of the series including two match-winning knocks as India won the series 2-1 to register their first-ever bilateral ODI series win on the Australian soil. Dhoni also walked away with the Man of the Series award for scoring 193 runs at an astronomical average of 193.

And as soon as he hit the winning runs in the final ODI, he was flooded with congratulatory messages. The ICC also made sure to pay tribute to the legendary batsman, writing: “Eat. Sleep. Finish games. Repeat. Life as @msdhoni.”

My most (in)sincere compliments to @cricketworldcup for promoting the amazing @msdhoni by paraphrasing my mantra for @WWE #UniversalChampion @BrockLesnar #EatSleepConquerRepeat. Our royalties may be paid in cash, check, stock or cryptocurrency. https://t.co/sGtIALzso1

ICC finally replied to Heyman’s tweet on Monday. While Heyman asked for royalty, the ICC’s official Twitter handle offered him and his client Lesnar the tickets for the upcoming ICC World Cup, writing, “How about tickets to the @cricketworldcup for you and @BrockLesnar?”

How about tickets to the @cricketworldcup for you and @BrockLesnar? 🏏

But Heyman was quite quick and quirky in his reply this time too. Although he thanked Cricket World Cup for their offer, he once again cheekily said that the event was “exploiting the fame/notoriety” of him and the defending WWE Universal champion. And so he asked for an “8 figure appearance fee offer”.

“. @cricketworldcup Thank you for your interest in expanding your global audience even further by exploiting the fame/notoriety of #YourHumbleAdvocate and the reigning defending undisputed @WWE Universal Champion @BrockLesnar. I look forward to your 8 figure appearance fee offer,” wrote Heyman.

. @cricketworldcup
Thank you for your interest in expanding your global audience even further by exploiting the fame/notoriety of #YourHumbleAdvocate and the reigning defending undisputed @WWE Universal Champion @BrockLesnar. I look forward to your 8 figure appearance fee offer. https://t.co/4GLsTDt2Zf 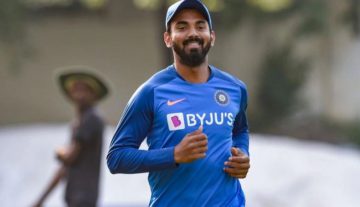