The recent reports have suggested that a petition has been filed in the Madras High Court for prosecuting the India cricket team captain Virat Kohli and actor Tamannaah Bhatia for endorsing online gambling. A Chennai based advocate moved the Madras High Court on Friday and demanded a ban on each and every online gambling application in the country.

The lawyer also went on to mention that celebrities like Kohli influence youngsters in the country who take up online gambling. The petition also cited a youngster who committed suicide after failing to repay the debts accumulated after gambling online. A bench headed by Justice Sundaresh and Surya Prakasam has posted the case for Tuesday.

Currently, the Indian skipper Virat Kohli has been spending time with family and his close ones at his home in Mumbai with cricketing events in India coming to a halt due to the novel coronavirus pandemic.

Kohli, like most of his teammates, has made good use of the time due to the forced break by working on his fitness during the lockdowns.

Kohli will be raring to make a comeback on the field as Indian Premier League (IPL) 2020 is expected to commence in the United Arab Emirates (UAE) from September 19. IPL was postponed due to the pandemic and it missed the April-May window but the Board of Control for Cricket in India (BCCI) got hold of the September-November window after the T20 World Cup and the Asia Cup were postponed.

Kohli will be leading Royal Challengers Bangalore (RCB) who bolstered their squad by bringing in a few big names, including Australia skipper, Aaron Finch, for IPL 2020. 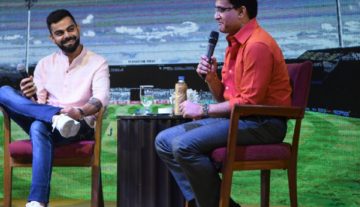 News
By CricShots - May 15, 2019
Ganguly Feels Kohli Shouldn’t Be Judged On His IPL Captaincy