The Indian Premier League (IPL) franchise Royal Challengers Bangalore (RCB) is a star-studded team still they have managed to register a win in three matches out of the eight matches they have played till now. However, all the players are trying their best to make their team win the matches. But here in this article, we are not going to talk about their professional lives but their personal lives.

Here are the beautiful WAGs of the players of Royal Challengers Bangalore (RCB), have a look:

The star player of RCB, AB De Villiers got hitched with Danielle De Villiers, who is a social worker in 2003. The couple is blessed with a son named, Abraham De Villiers. He is one of the most crucial members of the RCB squad. 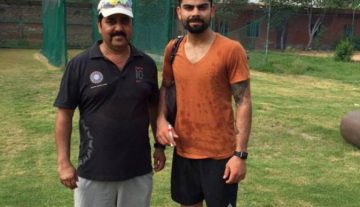