After the act of protest to the Pulwama CRPF convoy attack from Cricket Club in India (CCI) and Punjab Cricket Association (PCA), the Himachal Pradesh Cricket Association (HPCA) has followed their footsteps as they removed thirteen photos of Pakistani cricketers, including Imran Khan and Wasim Akram that were hung inside the international cricket stadium in Dharamsala.

The decision was taken as the aftermath of Pulwama terrorist attacks, held on February 14, which took the precious lives of 40 CRPF soldiers. The officials said most of the removed photos were of the warm-up tie between Pakistan and India.

Talking to the reporters about the same, HPCA stadium Manager Col H.S. Manhas said, “We have decided to remove all the photos of Pakistani players from our stadium to express solidarity with the families of CRPF martyred troopers in Pulwama attack.”

The HPCA showpiece stadium figured first on the international cricket match in 2005 when it hosted a warm-up game between the touring Pakistan team and the Indian Board President’s XI. They removed the photos of stalwarts like Shahid Afridi, Shoaib Akhtar, and Javed Miandad.

On Wednesday, apart from HPCA, the Karnataka State Cricket Association (KSCA) took down the pictures of Pakistani cricketers from the M Chinnaswamy stadium in Bengaluru. talking about the same, KSCA said, “to show our solidarity and support to our armed forces and to express our strong protest against the recent terrorist bombing at Pulwama, we have brought down all photographs of Pakistan cricketers including Imran Khan”.

Earlier on February 17, the CCI covered the portrait of Pakistan’s former captain and current Prime Minister Imran Khan from its premises. The same day, Punjab Cricket Association (PCA) removed the photographs of Pakistani cricketers from various points inside the Mohali stadium. 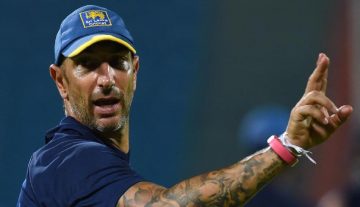