Former Indian opener, Aakash Chopra, and spinner Piyush Chawla have revealed some weird conversations and some ‘amusing’ responses from the selectors of the Indian team while justifying the reasons for not getting selected in the national squad.  Piyush Chawla, who played his last international match in December 2012, said that a selector once told him that he failed to make it to the Indian team because he has been takin more wickets on googly in domestic cricket.

The 31-year-old quickly responded to it and sued  Sachin Tendulkar’s iconic straight-drive to nullify the bizarre point by the selector. He said, “I also talked to a selector and he told me that ‘You take a lot of wickets on googly’. You know me since childhood and you know that I speak what I feel and don’t keep anything in my heart. This trait of mine is not like also by everyone.”

He further added, “I just asked him ‘If Sachin Tendulkar plays the straight-drive perfectly and if he scored 60 out of his 100 runs using straight drives, then will his 100 have no value’. I think thank he got offended after this reply. At the end of the day wicket is wicket.”

Chopra also recalled an incident when the Indian selector questioned his “quality”. Replying to the same Aakash Chopra asked about the “company” of runs he should score.

Aakash Chopra explained, “Once I called a selector and told him ‘Sir you haven’t picked me even after I have scored so many runs’. He said the quality of your runs are not good. I asked him runs of which come should I score then? Runs in first-class cricket are runs anyways. I said next time I would runs of Chinese and Japanese companies.”

ALSO READ: Sreesanth Recalls When He Fought Hard With Depression 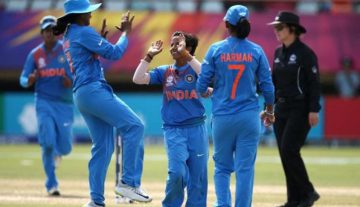