The Indian skipper, Virat Kohli was dismissed on a rare golden duck but didn’t fail to entertain his fans with an animated celebration after his West Indies counterpart, Kieron Pollard too fell for a first-ball duck in the second ODI in Vizag on Wednesday. India registered an emphatic 107-run win over the visitors to level the three-match series 1-1.

In the series so far, Kohli has been much more expressive on the field. He mocked fast bowler Kesrick Williams’ signature “notebook” celebration during the T20I series and looked furious over Ravindra Jadeja’s controversial run-out in the first ODI. However, Pollard is clueless and wanted to know why Virat is always “so animated” on the field.

The West Indies skipper had said, “You have to ask him why he is so animated. I can’t answer that for you. It is what it is. You ask him that question and let him answer that. I don’t know. I have no clue.”

After being asked to bat, with the help of centuries from Rohit Sharma and KL Rahul, India registered the score 387 for five in their allotted 50 overs. The Indian openers stitched a 227-run opening partnership with Rahul, who starred with a 102-run knock decorated by eight boundaries and three sixes and Rohit top-scored for India with 159 runs off 138 balls, including 17 fours and five sixes.

The West Indies folded for 280 runs despite Shai Hope’s 78 and impressive innings of 75 runs from Nicholas Pooran.

Talking about the chase, Pollard said, “We were in a good position and if you lose wickets frequently, you put yourself on the backfoot. That’s where we faltered in the chase and we accept that. Chasing 388, guys had to go out and express themselves, rather than trying to get in. I thought, where the game changed was in last 10 overs (of Indian innings), we went for 127 runs, that’s where we lost the momentum in the entire game.”

Having lost the first ODI by eight wickets, India will take on the West Indies in the third and final match in Cuttack on Sunday. 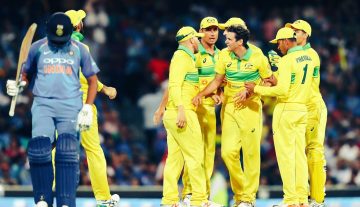