Former Australian skipper, Ricky Ponting, who is set to come out of retirement for a charity match, will be locking horns with Shane Warne XI in a Bushfire Cricket Bash match that will be played on February 8. Cricket Australia added international touch to the much-awaited charity match on Tuesday by announcing that cricket legends Sachin Tendulkar and Courtney Walsh will coach the two sides.

The charity match will be also be played as a curtain-raiser for the Big Bash League (BBL) final. Former Australia skipper Ponting took to Twitter to welcome Sachin Tendulkar while taking a cheeky dig at his counterpart Shane Warne.

Ponting’s tweet read: “How great is it to have @sachin_rt taking part in the Bushfire Cricket Bash and giving up his time to come out for the cause. Picked the right team to coach too”.

How great is it to have @sachin_rt taking part in the Bushfire Cricket Bash and giving up his time to come out for the cause. Picked the right team to coach too! pic.twitter.com/RVSdy28vO7

Talking about the same as per the quotes in AFP, CA chief Kevin Roberts said, “We are absolutely honored to be welcoming Sachin and Courtney back to Australia where they both enjoyed a lot of success as players, and we can’t wait to have them involved. Both in the ICC Hall of Fame, Sachin is the greatest run-scorer of all time in international cricket, and we all remember what Courtney could do with the ball, taking more than 500 Test wickets. We’re looking forward to our people at CA and the entire Australian cricket family coming together for the Big Appeal.” 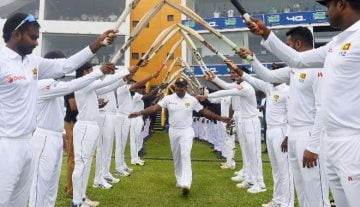 Features
By Sandy - Nov 13, 2018
Five successful cricketers who had a sad finish in the international career