Under coach WV Raman, the Indian women’s cricket team is preparing for the upcoming T20 World Cup in Australia in February and March next year. One of the important players in the team, leg-spinner Poonam Yadav who is also India’s highest wicket-taker in T20Is with 76 wickets from 55 matches and a strike rate of 15.4 shared that to be successful won’t be easy, as conditions will not support much to the spinners. However, she believes that Australia will be her biggest challengers.

“I have observed that I’m likely to get hit if I bowl flatter in Australia. When I gave them more flight, they couldn’t pick me. But now they might be more prepared. So I have to work on getting more into my repertoire. I have to bring in more variations. I will have to vary my speeds. The Australians are quick at reading bowlers. Other teams seldom step out against me but the Aussies do that a great deal. So I have to be prepared against them and bowl something different,” she told Economic Times.

Poonam has changed her action as she has been able to add some variations like changing the pace of her googlies and even the run-up to add some surprise element.

“In the West Indies I didn’t have a lot of idea about how to go about bowling when there is dew. It was a sudden change (against England). We played all our group games in the afternoon and the semi-final was the first one for us in the competition under lights. During practice also there wasn’t much dew. So we couldn’t adapt,” she said.

“After that, as a team we had a chat and figured out a plan to bowl when there is dew. With a wet ball, it gets tough to grip the ball. If you try to flight the ball there’s a risk of bowling full-tosses. In those conditions, we try to bowl at a quicker pace,” she told.

Poonam is also considering to bring back the off-break as another variation.

“I don’t bowl off-spin these days because it’s easy to pick. In 2016 when we won the T20I series in Australia, I bowled off-spin to some left-handers. Recently, in the nets Smriti told me she could easily read it, and would play me accordingly. So I try and stick to leg-spin. Others don’t pick it so easily yet. So I might start using it again,” she added.

However, Poonam Yadav is not only thankful for her family’s support throughout the years but also for her coach who asked her to change the pattern.

“I used to be the only one at Ekalavya stadium (in Agra) bowling leg-spin. Even when I used to go for trials, there were separate groups for off- spinners, left-arm spinners, medium-pacers. I used to ask them where are the leg-spinners? I was told I was the only one then. Now (after the 2017 World Cup), there are a lot of leg-spinners in Agra, even girls,” she concluded. 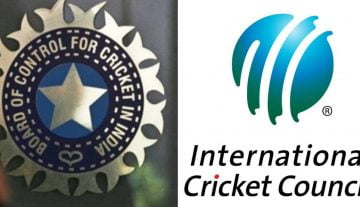