India’s batting sensation, Prithvi Shaw shares about how the early setbacks in his international career have affected the young star. The Indian opener, however, suggests that he never got carried away from all the fame contradicting what many reports have suggested early on.

After making his impressive test debut for the Indian national team against West Indies. Shaw was selected to play in the 2018-19 Border-Gavaskar Trophy. However, he had to miss the same due to injury. This is the time when reports on the players’ disciplinary issues starting flocking in that messed with his career. Shaw has dismissed such reports, calling them baseless after saying what some people do/ say is not in our control.

“Winning the U-19 WC and then hitting a century on my Test debut were really big moments for me, but I don’t think I got carried away. Some things like the doping ban were within my control, but things like the unfortunate ankle injury [suffered in 2018 in Australia] were not in my control. I have realized that I cannot keep 100 percent people happy all the time,” Shaw said.

“However, I know that criticism is also a part and parcel of life. The idea is to take constructive criticism positively and keep on improving. 2019 wasn’t that great, but there’s always a silver lining to things. I just want to respond to all of that with my bat. Difficult times are a test of one’s character as well. I’m thankful that I have my father, close friends, and my management agency, Baseline Ventures, which has stood by me through thick and thin,” he added.

Last year, Shaw was handed an eight-month suspension by the BCCI for failing a doping test. He “inadvertently ingested a prohibited substance [terbutaline], which can commonly be found in cough syrups”. Speaking about the incident, Shaw shared an important message with the upcoming cricketers suggesting them to consult a doctor before intaking any medicine.

“You have to be careful about what you consume. Even a simple drug like paracetamol. This is for all the young cricketers out there who aren’t aware about these things. Even if you take a small medicine, you must get it approved with your doctor or the BCCI doctors,” Shaw said.

“Like in my case, I had a cough syrup which I didn’t know was a banned substance. I have learned a lesson from this and will not repeat it. Time away from cricket was a difficult period for me. It was torture. It should not happen to anyone.” he added.

Shaw was back in action for the Syed Mushtaq Ali Trophy. The opener batsman had an impressive outing in the tournament which helped him get back into the Indian national team setup.  After returning to competitive cricket, Shaw was again forced to sit on the sidelines as he injured his shoulder. The 20-year-old managed to make a quick and recovery to was selected to be a part of the ODI and Test squads. 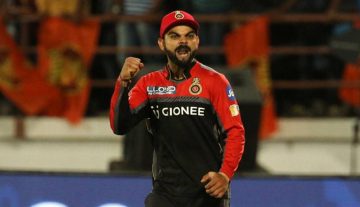