The veteran Proteas wicket-keeper batter, Quinton de Kock made himself unavailable for South Africa’s playing XI at the T20 World Cup on Tuesday after the nation’s governing body made it compulsory to take a knee before the start of remaining matches. CSA said in a statement that it was “imperative for the team to be seen taking a united and consistent stand against racism, especially given South Africa’s history.”

In the Proteas’ first match against Australia, Quinton de Kock was the only cricketer who neither did take a knee nor raise a fist nor stand to attention. CSA was looking to send a unified message as the different postures may create an “unintended perception of disparity or lack of support for” the BLM movement, and they made the gesture a compulsory one.

De Kock then pulled out of Tuesday’s match against the West Indies due to “personal reasons”, as informed by the skipper, Temba Bavuma during the toss. Eoin Morgan’s England took the knee along with the West Indies on day one of the ongoing World Cup and India and Pakistan followed in their key clash on Sunday. The players from the rainbow nation are playing in Tuesday’s game took the knee before the start of the game.

Quinton de Kock has made himself unavailable due to personal reasons

Announce the guidelines, CSA board chairperson Lawson Naidoo said, “A commitment to overcoming racism is the glue that should unite, bind and strengthen us. Race should not be manipulated to amplify our weaknesses. Diversity can and should find expression in many facets of our daily lives, but not when it comes to taking a stand against racism.”

CSA’s statement regarding Quinton de Kock epxplained, “Cricket South Africa (CSA) has noted the personal decision by South African wicketkeeper Quinton de Kock not to “take the knee” ahead of Tuesday’s game against the West Indies. All players had been required, in line with a directive of the CSA Board on Monday evening, to “take the knee” in a united and consistent stance against racism. This is also the global gesture against racism that has been adopted by sportspeople across sporting codes because they recognise the power of sport to bring people together.”

They further elaborated, “After considering all relevant issues, including the freedom of choice of players, the Board had made it clear it was imperative for the team to be seen taking a stand against racism, especially given SA’s history. The Board’s view was that while diversity can and should find expression in many facets of daily lives, this did not apply when it came to taking a stand against racism.”

Despite the fact that CSA respects teh choice of teh players, await a further report from team management before taking any further reaction if required. The board also thanked all the players who have joined the unification and made such a public statement against racism.

Describing the same, an ICC spokesperson said, “After some teams expressed the desire to make a gesture against racism, the ICC offered all teams the opportunity to do so if they wished.” 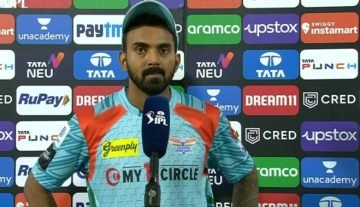