The veteran Indian spinner, R Ashwin has made a bold claim about Australia’s emerging all-rounder Cameron Green, saying that some IPL franchises will be breaking the banks for the all-rounder during the next auction. Of late, Green has been in sparkling form for the national side. During the recently concluded Chappell-Hadlee Trophy between Australia and New Zealand, Cameron Green played a big hand in ensuring that the series was a clean sweep in favor of the hosts.

Green impressed one and all with his all-around performances and ended up being the third-highest run-getter for Australia in the series. He also scalped a couple of wickets in as many games. IPL teams are known to go big on such talent and Ashwin feels that some of the franchises could break the bank for the Australian all-rounder.

Speaking on his YouTube channel, as per the quotes in Hindustan Times, he first revealed his amazement at Green’s hitting prowess and said that he is striking them big in the limited-overs format. He also said that he was a tall fast bowler as well.

In the latest video on his YouTube channel, R Ashwin said, “Just when everyone thought how he would do in the one-day format, he is showing his big-hitting prowess. He is striking them big. He has his sweep shot against the spinners. He has the long hits as well. He is a tall fast bowler too.”

R Ashwin further went on to say that some teams in the IPL could fancy using him in the powerplay overs and might go for him in the auctions, provided the all-rounder doesn’t pull out from it. 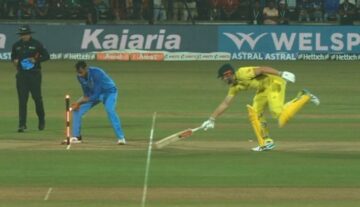