With India U-19 team gearing up to lock horns with Bangladesh in the quarterfinal of the ICC U-19 Cricket World Cup on Friday, head coach Rahul Dravid hopes the focus of the side will not be diverted towards the upcoming IPL auctions.

But Dravid, who led Delhi Daredevils as the mentor in earlier editions of IPL, said that the focus of the team should be on the upcoming World Cup quarterfinal.

Speaking in an interview to ESPN Cricinfo, Rahul said, “There’s no point hiding from the fact that it is there. It is around the corner. There’s no point living in the bubble and pretending it doesn’t exist. We do discuss it. We’ve spoken about what their focus should be and what their long-term goals are as compared to their short-term goals.”

The former Indian skipper further added that a chance to play for India in a World Cup does not come every year. He described, “The auction is not something the boys can control. One or two auctions won’t really have a long-term impact on their careers. There is an auction every year, but not every year will they have an opportunity to play for India in possibly a World Cup semi-final. That doesn’t come very often.”

Praising Indian juniors further, Dravid said, “I don’t feel worried about it. I think this group of guys is really focused on playing good cricket here. I like the energy and the spirit in this team. We’ve been here for three weeks and we couldn’t have asked for better preparation from the boys. They’ve been superb. We talked about the auction once and we said let’s keep that out of our minds.”

Dravid further added that his U-19 squad is not thinking ahead in the tournament about a semifinal clash against Pakistan and is only focused on the quarterfinal against Bangladesh. He said, “We’re not thinking past the next game against Bangladesh. We are aware of the fact that Bangladesh is a good team. We had a week off, that was actually part of the challenge, managing at this age, boys are keen to play, at this age a week off can be a long time. Today had a light session. Sometimes it’s just a question of hoping they don’t get too overexcited.”

India was the table topper in the group after winning all their three group matches against Australia, Papua New Guinea, and Zimbabwe. 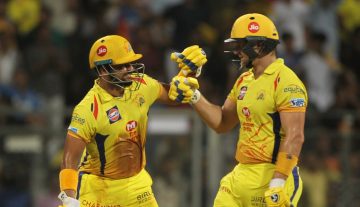