On Tuesday (November 13), the Board of Control for Cricket in India (BCCI) CEO Rahul Johri deposed before the three-member independent probe panel on the sexual harassment case against him.

According to a senior BCCI official’s comment, the two alleged victims have already deposed before the panel but the dates of their appearances haven’t confirmed yet.

The senior BCCI official told PTI, “Yes, Rahul appeared before the panel in person. Since two of the alleged victims have already deposed along with CoA members and one of the principal office-bearer (treasurer Anirudh Chaudhary), only CEO was left.

“One of the alleged victims deposed before the panel via Skype. The other was the latest complainant. However, I won’t be able to confirm whether she appeared in person or deposed via video conferencing.”

Johri is serving as BCCI CEO since June 2016. He is the responsible person for the functioning, operations, stakeholder management and building strategies for further promoting cricket in India. Prior to that role, Johri served as Executive Vice President and General Manager – South Asia for Discovery Networks Asia Pacific. Recently, Johri has been alleged for sexual harassment in two separate complains.

In the last month, through an anonymous post that was shared by the author Harnidh Kaur, Johri has been accused the first time of misbehaving and sexual assault to a woman during their working days with a satellite channel.

Later, in the same month, the former Mumbai captain Shishir Hattangadi accused Johri in another sexual harassment incident. He told CNN-News18 that one of his female friends has complained about Johri’s behaviour and he advised her to speak to the CoA members along with a letter. 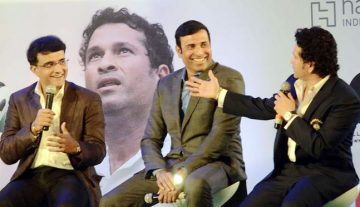