The flamboyant Indian all-rounder, Rahul Tewatia was picked up by Gujarat Titans for INR 9 crore in the Indian Premier League (IPL) 2022 auctions on February 12. Tewatia recently revealed his ‘unfinished business’, saying he will be aiming to win the elusive trophy this season, which he has never won yet.

During a chat with reporters, Rahul Tewatia said, “Unfinished business, we can say that I have not won an IPL trophy, so if you say finished unfinished business, that is the first priority (to win it). If our franchise wins the trophy in the first year, there will be no bigger thing than it.”

Further, Rahul Tewatia added that he will be shouldering a lot of responsibilities for the new franchise whenever he will be coming out to bat during the upcoming IPL 2022, and he will be hoping to take ‘more responsibility’ alongside skipper, Hardik Pandya.

Talking about his role, Rahul Tewatia said, “The role is the same, what is there in the middle-order, from the batting point of view, myself and Hardik (Pandya) are there in the middle, we will need to take a lot of responsibility and also we will be playing in Mumbai, and we will try and stick to the plans while bowling. Like you said the role of an all-rounder is important and it is there in every team, the one who bat at 6-7-8 their role is very important.”

He further added, “It is an important role and we can put the team in a good position. If we bat first, we try to finish well and if we are chasing, we will try and see how we can get over the finish line, and we will prepare accordingly. The effort is to do well in any situation and make the team win.”

Gujarat Titans will be commencing their IPL campaign against another brand new franchise Lucknow Super Giants on March 28 at the Wankhede stadium. 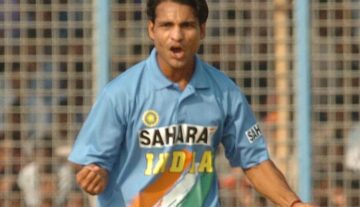 News
By CricShots - Feb 3, 2023
Joginder Sharma Decides To Hang His Boots From All Forms Of The Game