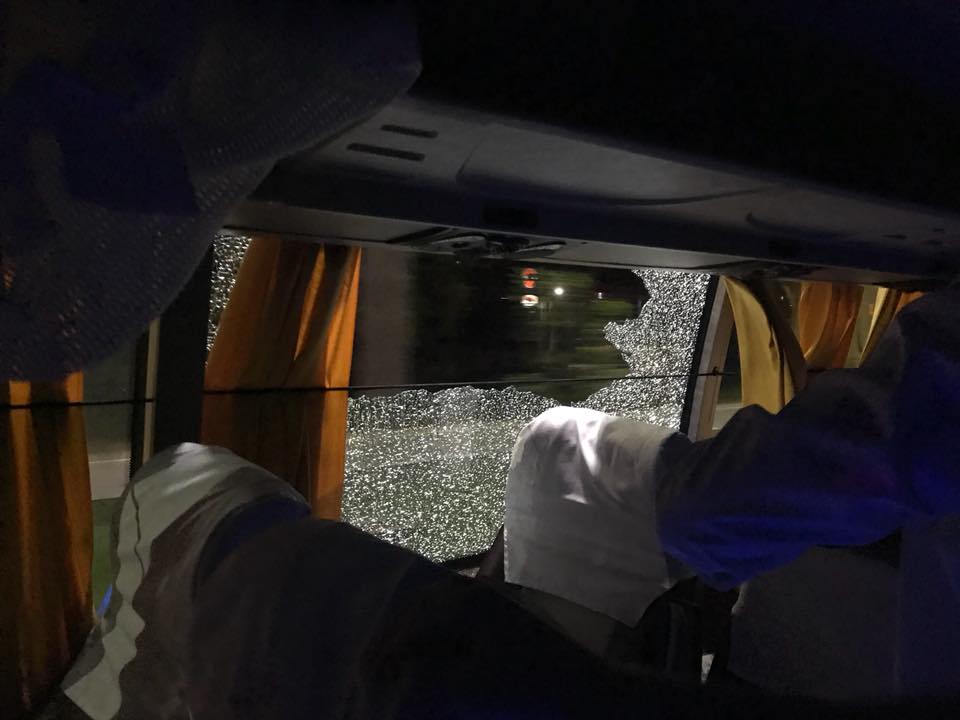 Indian sports minister, Rajyavardhan Rathore has reassured that the visiting players in the India vs Australia series can rest easy despite an incident of a rock being thrown at the Australian team bus in Guwahati.

He further stated that the Australian cricket team should feel comfortable with the security provided across the country as it was just a one-off incident.

The Sports Minister also had a chat with the Chief Minister of Assam Sarbanand Sonawal to take stock of the security situation with Guwahati as they are also hosting the FIFA U-17 World Cup matches. Rathore tweeted, “Guwahati stone-throwing incident NOT reflective of our security measures. Aus [Australia] team & FIFA are content w/those [with those]. India remains a graceful host. Have spoken to @sarbanandsonwal ji about the Guwahati incident. Personal security of visiting athletes & teams is extremely important for us.”

Have spoken to @sarbanandsonwal ji about the Guwahati incident. Personal security of visiting athletes & teams is extremely important for us

Sonowal condemned the incident as in a series of tweets, he tweeted, “Really unfortunate incident after a great game aimed to tarnish Guwahati’s reputation as emerging sports hub. We strongly condemn it. Vow to take strictest action against the culprits. Investigation is on full swing & Police have already picked up 2 suspects. People of Assam are biggest sports lovers & great hosts. People of Assam don’t approve this. #FIFAU17WC going on in Guwahati.”

“Yesterday, we witnessed a spectacular game & great display of sportsman spirit by the audience. Performances by both the teams were hailed by audience, expressing people’s commitment towards turning Assam as Sports Capital of India. So, whoever got indulged in the hooliganism did it on the sole objective of defaming Assam & derailing its journey towards the top. That’s a design we will foil with the support of the people of Assam. Culprits will face full force of law & given an exemplary punishment.”

Indian cricketing fraternity also condemned the incident on Twitter, here are some tweets:

Unacceptable behaviour. Apologies for this. Hopefully the guilty is punished. #Guwahati https://t.co/1k7fzBHg3O

I saw so many simple, happy faces in Guwahati. Guess the idiot who threw the stone on the Aussie team bus was hiding among them. Not done.

The stone thrown at the Aussie team bus shows us in bad light, let's all act more responsibly. A vast majority of us are capable of that.🙏

In 2006 in the ODI vs England.. there was rioting in the stands when the umpires called off play because of a wet outfield. Cameras broken.

Videos
By CricShots - Jul 4, 2022
Rohit Sharma Starts Practicing In Nets Ahead Of T20 Series In England