Pakistan Cricket Board (PCB) chairman Ramiz Raja has stated that the pitch used in Rawalpindi for the opening match against Australia was not a good advertisement for Test cricket. The former captain has also explained the reason behind the PCB providing a dead pitch for the much-awaited series opener of Australia’s historic trip to Pakistan. 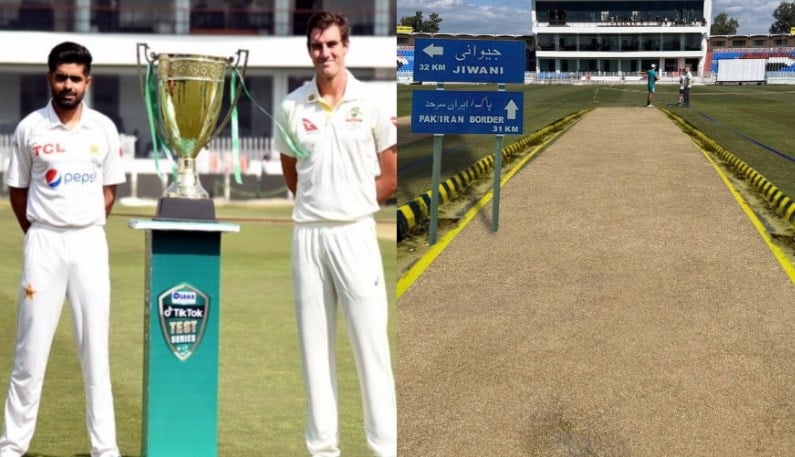 In a video published on PCB’s Twitter handle, Raja said: “A drawn Test match like the one in Rawalpindi is never a good advertisement for Test cricket. When I assumed the position of PCB chairman, there was a lot of talk in the media regarding my comments on the need to massively redo the pitches in Pakistan. But when I came in September, the season had already started and one normally needs 5-6 months to prepare a pitch. After the culmination of the current season, we will be relaying close to 60 pitches in the country with the help of specially imported soil from Australia and our own indigenous soil, which we have prepared in consultation with soil experts.”

“While I do the understand the disappointment of fans, we need to keep in mind that it’s a three-match series. There is a lot of cricket still to be played and just for the heck of it, we cannot go and sit in Australia’s lap by preparing a fast bouncy pitch.”It’s important to play to our strength. We were handicapped by the lack of resources because our opening ball pair got disturbed following injuries to Hasan Ali and Faheem Ashraf. Plus we had a brand new opening pair and Abdullah Shafique’s form was worrisome. Imam-ul-Haq was making a comeback. So, when your batting and bowling pair is disturbed and raw, you take your chances accordingly. Plus we did not have a ready-made leg-spinner as Yasir Shah is unfit. We had an under-cooked 15 and Australia, don’t forget, are a powerhouse and are coming off an Ashes win. We respect their talent and given our strength, we couldn’t afford to go into experimental mode,” he further added.

However, the first Test match of the series witnessed only 14 wickets fell across five days whereas 1187 runs were scored. Pakistan’s opening pair of Abdullah Shafique and Imam-ul-Haq and former skipper Azhar Ali stitched consecutive 100+ stands, including an unbeaten 252-run partnership in the 3rd innings as well. The second Test of the three-match series will be played at the National Stadium in Karachi from March 12.

” …I believe that Pakistan have gained a not of confidence from their performance. Batting has shone while a spinner (Nauman Ali) has taken six wickets. Fans need to understand that while we will try our best to make result-oriented pitches, it’s not easy to change the nature of the surfaces just like that. We have to prepare the pitches, keeping in mind our reverse-swing, spin a bounce. I will reiterate again that it wasn’t a great advertisement for Test cricket but there is still a lot of cricket left in the series. So, don’t jump the gun, there is still a lot of cricket remaining,” concluded Ramiz Raja.