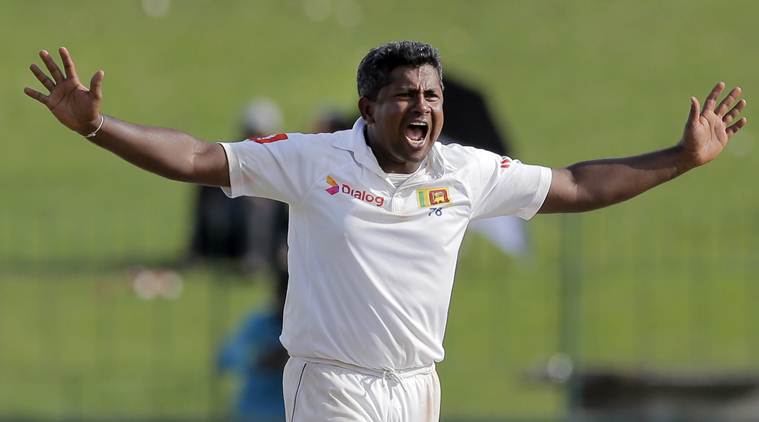 Sri Lankan spin wizard Rangana Herath is ready for the India tour after a splendid performance in UAE against Pakistan. Sri Lanka will travel India for a three-match Test series, where Herath will be their spearhead after his heroics against Pakistan with 16 wickets in two Tests. Meanwhile, he has also expressed his desire and said that a Test match win in India is one of his dreams.

“It’s one of my dreams. How wonderful it would be to win a Test match in India as we have never won there before. The series win in Pakistan has given us lot of confidence. That winning mentality is important. If we show the same fighting spirit that we showed against Pakistan, we can win in India,” said Herath.

India is constantly playing limited-overs cricket since Sri Lanka tour, where they played their last Test series. Thus, Cheteshwar Pujara, Ravindra Jadeja, and Ravichandran Ashwin are coming back in the Indian side after a break of four months, which will strengthen the Indian team. Herath is aware of this fact and said India’s domestic cricket structure is giving them such results at International level.

“They have [a] lot of experience. They have an excellent first-class structure in India. If you take the Ranji Trophy, it prepares their players to play those big innings. It teaches their bowlers to think of different options when bowling on flat wickets,” he added. “Whereas we don’t have those challenges. Only at ‘A’ team cricket, our players are prepared for those challenges.”

The 39-year-old remembers his failure during last India-Sri Lanka series, where he missed one Test following his poor run. But, now he is roaring to go and help his team to grab 20 wickets.

“The India series at home, I wasn’t able to take wickets. All of us struggled. We were not able to break the partnerships and they went onto post 600-plus runs and from there on it was difficult for us. We missed a few chances as well. We need to plan as to what we have to do to get those 20 wickets,” he concluded while saying.