India’s head coach Ravi Shastri put a full stop to all the rumors of MS Dhoni’s retirement. On Wednesday, there has been a lot of buzz on social media that Dhoni will soon be going to retire from international cricket as he was seen taking the match ball from the umpires at the end of the third ODI against England at the Headingley, despite the fact that Team India lost the game.

Dhoni decided to hang his boots from the longest format of the game in 2014 after playing 90 Tests for India and in limited overs cricket, he has played 321 ODIs and 93 T20Is.

Recently, Dhoni became the fourth Indian cricketer to surpass the tally of 10,000 ODI runs and 12th cricketer to do so in the history of ODI cricket. The former India skipper achieved the milestone during second at the iconic stadium of Lord’s.

Under Dhoni’s captaincy, India lifted the 50-over World Cup in 2011 and the World Twenty20 in 2007. He also led India to the ICC Champions Trophy in 2013 in England. He is the only captain to lift all the three ICC trophies under his tenure. 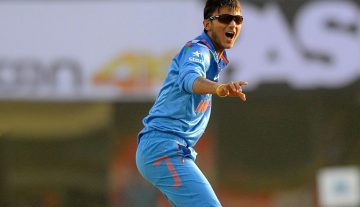