The Indian head coach Ravi Shastri has made a request to the BCCI to organize a couple of practice games ahead of India’s four-match Test series against Australia which is scheduled to commence on December 6. Before the series against England India had decided to opt for just one warm-up game against Essex. However, speaking to ESPNcricinfo Shastri revealed that he had indeed asked the BCCI to plan the schedule so that the Indian team can get acclimatized to the conditions before heading into the highly-anticipated series.

Stating that he is not opposed to the idea of practice matches, Shastri said, “Why would we be? You can only see the results (in the England Tests). Every time after the second Test we have improved. You can still get better. But why can’t we be in that position in the first Test match?”.

However, the head coach also pointed out that the hectic international calendar of the Indian team might be an obstacle to the plans.

Shastri elaborated, “If you have two or three games against weaker sides we don’t mind because it is a game. But when you have a schedule as tight as this, there is very little you can do. Now, we have requested for a couple of (warm-up) games in Australia before the Test series. But is there space (to play those matches)? That is the question. Ideally, we would want two three- or four-day games before a Test series. But do you have the time? For example, we have a T20 series in Australia preceding the Test series. These are things that have been approved earlier. It is not in our control.”

Defending his support staff, the Indian coach also stated that he has no effect on him after he criticism Team India has faced during the England series. He said that he is having a positive state of mind and he is absolutely sure that the team is heading in a right direction.

Talking about the support staff further, Shastri said, “People are entitled to their opinions. As long as we know the job we are doing and we are honest to our jobs, as long as support staff we are helping players channelize their energies in the right direction, we are not worried about what critics say.” 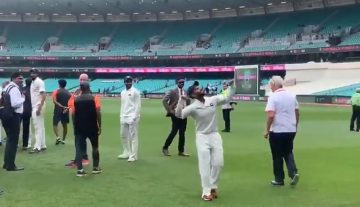