There was no single player was responsible for India’s win over Australia in the Brisbane Test on the venue which was known as the fortress for the hosts as the visitors also won the series 2-1. It was the first time Australia has suffered a loss in a Test since 1988. After the series win, India’s head coach Ravi Shastri delivered a rousing speech in the dressing room after the famous victory, earmarking some of the key performers from the Gabba Test and the series in general.

Shastri was seen praising the Indian team for the resilience and spirit they showed to come back from the Adelaide debacle and win the series to retain the Border-Gavaskar Trophy. He had some lavish praises for Shubman Gill for his fluent 91. He hailed Cheteshwar Pujara — who copped several blows to the body for his 211-ball 56 in India’s second innings — as “the ultimate warrior”. He told Rishabh Pant that he was “simply outstanding”, despite having given some heart attacks while batting.

Here is the video of Shastri’s speech in the dressing room here:

A special series win in Australia calls for a special speech from the Head Coach. Do not miss!

Rishabh Pant played a measured knock and got the team over the line with a personal score of 89, but as India had to up the tempo towards the end of the chase, there were a few occasions where it looked like the southpaw was going to get out. But Pant managed to stay at the crease till the end and hit the winning runs for the Indian team.

Ravi Shastri also praised debutants Washington Sundar and T Natarajan, as well as Shardul Thakur, saying that the partnership between Thakur and Sundar was the start of India’s first essay was what “broke Australia’s back”. 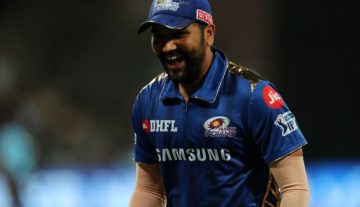