Ever since India suffered exit from the 2019 World Cup, there have been several rumors of the retirement of MS Dhoni. People thought that he would retire after the world cup was finished, but that’s not the case as things are still not clear.

Meanwhile, Ravi Shastri has done a pretty good job with the team in his hands with three-Test series wins in a row. During a recent chat with IANS, Shastri Talked about Dhoni and the current BCCI president Sourav Ganguly.

Shastri also talked about what kind of an impact the World Cup exit had on the team and how they managed to get to this position and keep up the consistent performances.

Speaking on MS Dhoni’s retirement speculations, Shastri said, “It all depends on when he starts playing and how he is playing during the IPL. What are the other people doing with the wicket-keeping gloves or what is the form of those players as opposed to Dhoni’s form? There might be one player who might be there and thereabouts in case of an injury or whatever. But your team I would say would be known after the IPL. What I would say is rather than speculating of who is where wait for the IPL to get over and then you are in a position to take a call on who is the best 17 in the country.”

There have been instances where Shastri was at the loggerheads with Ganguly, But it feels that both have let bygone be bygones as they now share a mutual admiration for each other. Shastri said quite a few kind words for Ganguly as he was appointed as BCCI president.

The Indian head coach added, “I think it is fantastic (Ganguly’s appointment). I was one of the first to congratulate him when he became the President because I was delighted that more important than anything a BCCI was back in place to put Indian cricket where it belongs both on and off the field.  And Sourav having been a fabulous player and captain and been around as an administrator, him becoming the President adds a lot of value.” 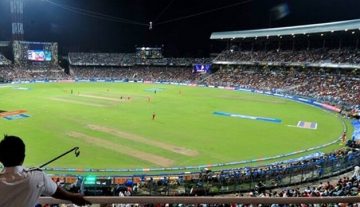 News
By CricShots - Jan 7, 2020
Special Chemicals To Be Used To Reduce Dew In Indore