The Indian team has completely outplayed the English team in the ongoing second Test in Chennai. On Day 3, the local hero Ravichandran Ashwin delighted the crowd at the Chepauk with his sensational batting and scored a stunning century, fifth in his Test career and first against England. Mohammed Siraj did a terrific job of holding one end which helped his partner surpass the milestone in front of his family and the almost 14 thousand fans.

Ashwin came out to bat when India was reeling at 106/6 in the first season of Day 3 and had already five wickets with skipper Virat Kohli fighting it out at the other end. He played his shots soon to force the visiting team to set defensive fields and then rotated the strike nicely as he added adding 96 runs for the seventh wicket with Kohli.

Ravichandran Ashwin looked extremely comfortable and despite the fact that the ball was turning, he never looked flustered. Rather he reached the pitch of the ball and stroked some eyecatching shots giving a chance to the crowd to enjoy. The Indian off-spinner made sure that he made the opportunity count first stitching 27 runs with Ishant Sharma and then frustrated the visitors with the 10th wicket partnership with Siraj.

In the process, Ravi Ashwin found gaps artistically literally playing with the opposition fielders. When the going got tough in the 90s, he launched Moeen Ali into the stands to reach 97. In the same over, he placed the ball through the covers to run two, and then luck favored him as the top-edge went past the short third man fielder to bring up his ton.

The crowd and his family stood up in applause for Ravichandran Ashwin as the man celebrated the milestone to the fullest as well. Interestingly, Mohammed Siraj also was so happy after his teammate reached his 5th Test century. Ashwin eventually got out for 106 as India were bundled out for 286 in the 86th over of the innings to set a mammoth target of 482 runs for England.

What an outstanding performance from @ashwinravi99 . The fifer followed by a brilliant hundred in the second innings . Top class 🙌🏻

Century and a 5-for by Indians in the same Test match:

Class 100 👏👏👏 Simply outstanding @ashwinravi99 take a bow 🙇‍♂️.. showing everyone how to bat and bowl on this track.. well done @BCCI @StarSportsIndia #INDvsENG

Crowds mean everything to a sportsperson,we need energy and that's what the crowd brings.
Brought a smile to my face when every defence of Siraj was appreciated by the Chennai crowd.

You can have millions watching on TV sets , but a live crowd at a stadium is unparalleled

@ashwinravi99 showing them how to do it with Bat and Ball . Don’t blame your tools 😉 #ChennaiTest #INDvsENG

Let me tell you a Kutty story #Ashwin #INDvsENG pic.twitter.com/K6hbfjhTOS

Great things never come from comfort zone and this is great knock from @ashwinravi99 Also showed it’s going to be hard batting on this pitch but hard does not mean impossible. Nothing but RESPECT Ash🙏 #INDvsENG pic.twitter.com/1S2Wdiv83Y

Chepauk applauds you, the country applauds you 👏 Ashwin, what an all round performance! @ashwinravi99

Well played, just a terrific knock that was on a tough spinning surface ! India have now made 614 runs with one wicket in hand https://t.co/vWWcNGrX49 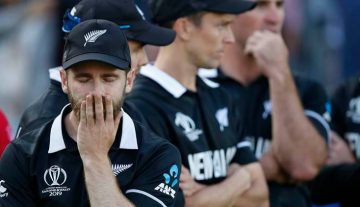