On day three of the four-day warm-up game between Cricket Australia XI (CA XI) and Indians at Sydney, the Indians’ skipper Virat Kohli surprised everyone after taking the bowler role for few moments.

When CA XI was batting on 298/6 in 86 overs, the right-arm medium Kohli took the ball in hand and delivered a short spell of two overs. The 30-year-old ended the day with the bowling figure of 2-0-6-0.

After the day was called off, Indian off-spinner Ravichandran Ashwin was asked about that experience.

Ashwin told according to cricket.com.au, “I think he was just dishing out a lesson to all the bowlers on probably where we should bowl. But jokes aside, I think he just wanted to bowl a couple of overs. Because the bowlers were tiring out and before the second new ball came into play – that’s about it.”

Well look who had a bowl at the SCG today! An amused Ravi Ashwin talks us through his skipper's spell #CAXIvIND pic.twitter.com/Whtx7S9GSq

The no.1 ranked Test and ODI batsman Virat Kohli has picked up eight wickets (four in ODIs and four in T20Is) in his international career. Some of the biggest names in his international victims’ list were former English cricketers Alastair Cook and Kevin Pietersen, former New Zealand batsman Brendon McCullum etc.

On the other hand, Kohli used his seven bowling options, including himself. The pacer Mohammed Shami (3/67) bagged three wickets while another pacer Umesh Yadav (1/81) and the off-spinner Ravichandran Ashwin (1/63) got one wicket each. 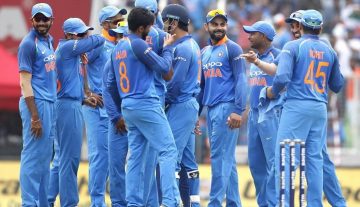