More than 100,000 people are expected to witness the inauguration of the world’s biggest cricket stadium and it is expected to take place later this month and it will happen during the visit to India by US President Donald Trump. Workers in Ahmedabad are rushing to finish the 110,000-capacity Sardar Patel Stadium, which will overtake the 100,000-seater Melbourne Cricket Ground as the world’s biggest cricket venue.

Trump will be visiting India for a couple of days on February 24, and Prime Minister Narendra Modi wants to host him in his home state of Gujarat. The spectacle has been dubbed “Kem Chho Trump”, or “How Are You Trump”, according to officials. Last year Trump was guest of honor at Houston’s NRG Stadium in Texas at a rally for the Indian premier called “Hello Modi”, the event was attended by 50,000 people from the subcontinent’s vast diaspora.

Modi has a long tradition of hosting world leaders in his home state, which is one of the wealthiest in the country of 1.3 billion people.

Built at an estimated amount of US$ 100 million, the stadium will not only play host to cricket but to a variety of sports including football, hockey, basketball, kabaddi, boxing, lawn tennis, athletic track, squash, billiards, badminton, and swimming.

Meanwhile, the people in Ahmedabad will get benefitted from the visit of Trump and the succeeding inauguration of the stadium after the roads were badly damaged due to the ongoing construction work of Metro.

ALSO READ: Arrest Of A Match-Fixing Mastermind Might Land Several Cricketers In Trouble

Apart from the roads getting smooth, the entire route from the airport to the Motera Stadium will be beautified with 1.5 lakh flower pots. Earlier the BCCI announced a match between Asian XI vs World XI during the inauguration of the stadium but the plan was scrapped after last-minute delays in the completion of the work. That said, the ground is likely to have its first match in April or May 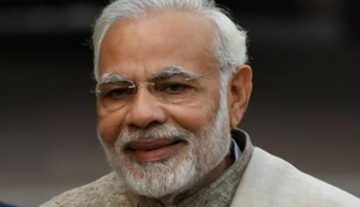