Former India player VVS Laxman has praised the India Under-19 team for its resilience amid the Covid-19 crisis after they registered a convincing 4-wicket victory over England in the final on Saturday (February 5) to give the country its fifth U19 World Cup title as well. 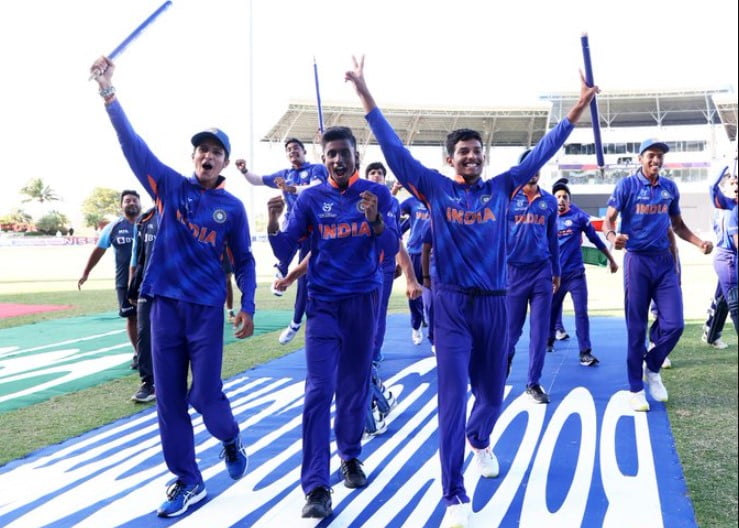 India’s campaign was hit by Covid-19 with as many as six players, including captain Dhull and vice-captain Shaik Rasheed, forced into isolation after having tested positive for the global pandemic. They went with a 17-member squad but managed to cobble together an eleven for the game against Ireland as well.

“In the middle of this tournament, we all know what happened to the boys,” VVS Laxman told the host broadcasters. “To test positive, but to show that kind of resilience and positive attitude, was exemplary. I think huge congratulations to the selection committee because it was a new selection committee and it was quite challenging for them to identify this group.”

“And after that, I thought the coaching staff with Hrishikesh [Kantikar] as the head coach, Sairaj Bahutule and Munish Bali and all the support staff, the way they brought this group together, they worked really hard. They won the Asia Cup and the preparation for this World Cup was fantastic. But in the middle of this tournament, we all know what happened to the boys – to test positive but to show that kind of resilience and positive attitude was just exemplary,” he shared.

“Everyone in this group understands that, because this is all about development as players, as persons, and it’s great to see the way they have developed and the way they’ve evolved over the last couple of months. It’s a very exciting time for all of them but it’s just the start of their journeys as cricketers,” VVS Laxman concluded.

However, After the result, the BCCI announced an INR 40 lac prize money for each of the players and INR 25 lac for every support member as well.