Former Australia skipper Ricky Ponting thinks lack of experienced players left a void in Australian cricket and the leadership crisis had led to the infamous ball-tampering scandal in South Africa during a Test in 2018. Steve Smith and David Warner were handed 12 months bans, while Cameron Bancroft was suspended for nine months by Cricket Australia for their involvement in the ball-tampering scandal.

“I was a bit worried that with a lot of the experience going out of our team at the same time, that there would be a bit of a void left with experienced players to be able to say ‘no’ basically,” Ponting was quoted as saying by ESPNcricinfo.

“If I look at where things got at Cape Town, I just don’t think there were enough people around in that team to say ‘no’ to some of those guys. Things got completely out of control. That’s very much an outsider’s view on it. I had nothing to do with the team really until the last couple of years around some T20 cricket and the World Cup last year,” he added.

The World Cup-winning Australian captain, Ricky Ponting who announced his retirement from international cricket in December 2012, said that he delayed his retirement by a few years because he was worried about which direction the team would go without him.

“I probably should have retired three or four years earlier than I did but I was really worried about where the direction of the Australian cricket team was going if I wasn’t around,” added the former captain during a fund-raising dinner for the Chappell Foundation at the Sydney Cricket Ground (SCG).

“And I wanted to be around to help (David) Warner and (Steve) Smith and Nathan Lyon and Peter Siddle and Mitchell Johnson. I wanted to help them through that initial phase of their international careers because I knew it wasn’t going to be easy for them,” Ricky Ponting concluded. 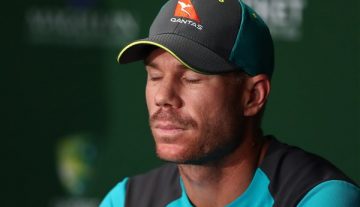