The 14th edition of the Indian Premier League has started with a bang where the two-time defending champion Mumbai Indians lost to Royal Challengers Bangalore in Chennai. However, the excitement has increased as the second game is between MS Dhoni-led Chennai Super Kings and Delhi Capitals under the newly appointed captain Rishabh Pant.

Meanwhile, it is not unknown to the cricket fans that Pant considers Dhoni as his mentor and now in the upcoming face-off at Wankhede Stadium on Saturday, PAnt is expected to use all the lessons that he has learnt so far from Dhoni. “I have learned a lot from him (Dhoni), and I have gained a lot of experience from him. Hopefully, I can use this experience against him, and we can win this match. That’s what I am looking forward to,” Rishabh Pant added.

On the other hand, Delhi Capitals Head Coach Ricky Ponting confident that they will start the campaign with a win. He said: “We expect to play better as a group and achieve some better results. We need to approach it with the right attitude and play well. Hopefully, win that game and move onto the second game. But we know that we’ll have to play well to win.”

Delhi Capitals ended as runners-up last season where they lost to Mumbai Indians. And, this season they will be hoping to win their maiden IPL title and Ponting said that he had full faith in his team as well.

“The CSK have got a good squad of players and they’ve got lots of flexibility and a lot of options. But we’ve got a great squad as well and we want to build on last season. I have said to the boys that it’s not about last season, but there are a lot of positives that we can take from the way we have played in the last couple of seasons,” said Ponting.

On the other hand, Chennai Super Kings’ (CSK) key player Suresh Raina has returned to the squad. He didn’t feature for CSK last season due to his personal issues. And his return will make a huge difference to the CSK team as well.

Ponting further added: “They (CSK) have a great leader and a great squad. Last year, they were probably disappointed with the way their season worked out, but I think a lot of that had to do with the fact that Raina wasn’t there for the entire tournament. He comes back to the squad this year, which is almost like a new recruit for them.” 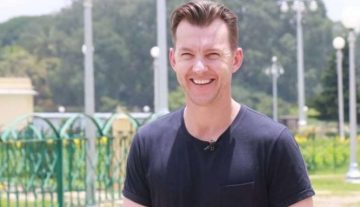