Wicketkeeper-batter Rishabh Pant is all set about Team India’s match against Pakistan in their opening match of the T20 World Cup 2022 at the MCG on Sunday (October 23). He may not be a sure-shot player in the playing XI, with Dinesh Karthik preferred in recent months. However, he definitely has the skill to be considered an option. Pant, however, played against Pakistan in last year’s T20 World Cup and scored a fine 30-ball 39 with some stunning shots. Pant alongside Virat Kohli helped the team recover from their poor start in the middle overs. 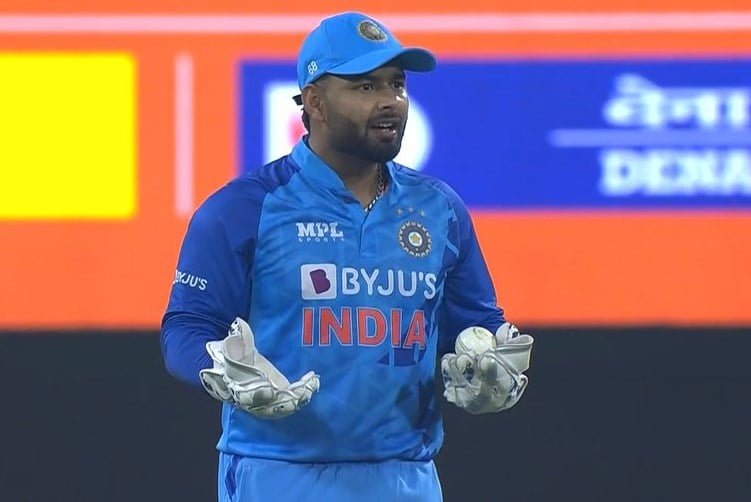 Speaking in a video posted by the ICC, Rishabh Pant recalled that innings and mentioned the two sixes he hit off Hasan Ali as well. He said: “I fondly remember that I smacked Hasan Ali for two sixes in the same over. We were just trying to get the run rate up because we lost early wickets and we staged a partnership – me and Virat. We were increasing the run rate and I smacked him for two sixes with one hand… my special shot.”

However, Rishabh Pant has batted with former Indian captain Virat Kohli several occasions. He believes that he has developed a great understanding with the senior pro. Their partnership against Pakistan helped India set a fighting target of 152 in last year’s T20 World Cup as well.

Pant explained how Virat Kohli communicates with those who bat with him in the middle and encourages them to keep the scoreboard ticking even if they are unable to hit the boundaries. However, Pant didn’t play a part in India’s warm-up game win against hosts Australia as well.

“He (Kohli) can actually teach you how to go through situations, which might help you in your cricket journey going forward, so it is nice batting with him as always. It’s good to have someone with a lot of experience batting with you because he can take you through how to take the game on and how to maintain that run-a-ball pressure kind of thing,” Rishabh Pant concluded.