On Wednesday, Rishabh Pant had once again proved his worth with his mind-boggling batting performance under the pressure which helped the Delhi Capitals (DC) to a thrilling win over Sunrisers Hyderabad (SRH) in the Eliminator. Pant played a match-winning knock of 49 off 21 balls as Delhi chased down 163 with two wickets in hand and a ball to spare. During his knock, he smashed five sixes and two boundaries as he once again displayed he can dominate when his team needs him the most.

Delhi was struggling a lot while chasing 163 despite having a strong start as their openers added 66 runs for the first wicket and soon after that they crumbled down to 111 for 5 in the 15th over. With more than 10 runs needed per over, the onus was on Pant to deliver and he did exactly that what his team needed.

Rishabh launched an onslaught on the opposition and almost took Delhi over the line before departing in the 19th over when the equation came down to 5 runs from 7 balls. Keemo Paul then sealed the thrilling game with a cracking boundary in the final over. Pant was later named Man of the Match for his match-winning knock.

WATCH – Last Over Of The Eliminator Between DC and SRH

Pant was inconsistent in the early stage of IPL 2019 but got his form back at the tight time for the Delhi Capitals. So far, he has scored 450 runs in 15 matches at an average of 37.50 with three half-centuries. And his current form has once again started the debate over why he was not named in India’s World Cup squad. The selectors preferred Dinesh Karthik over Pant as MS Dhoni’s backup. And although Pant later made it to the standby list, the debate has not ended yet as many think the decision hs no justifications behind it.

Veteran Bollywood actor Rishi Kapoor is one of the many who is annoyed with the fact that Rishabh Pant has been excluded from the World Cup squad. And like many, he too took to Twitter to question the decision of the Indian team management. In fact, he went on to tag head coach Ravi Shastri and skipper, Virat Kohli as he questioned the decision, tweeting:

“Why is Rishabh Pant not in the squad for the World Cup? You there? @RaviShastriOfc @imVkohli”

Why is Rishabh Pant not in the squad for the World Cup? You there? @RaviShastriOfc @imVkohli

On Friday, the Delhi Capitals will be locking horns with the Chennai Super Kings (CSK) in the second qualifier as they look to enter their first-ever IPL final. 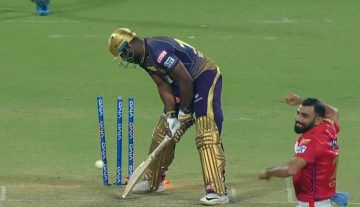