The Rajasthan Royals batsman, Riyan Parag, has finally revealed his verbal exchange with RCB bowlers Harshal Patel and Mohammed Siraj. The youngster has clarified what actually happened between the players after the match. The incident took place after the first innings of the 39th Match of IPL 2022. While the players were going off the field, Riyan Parag and the two RCB players were seen having a fiery verbal exchange as well. 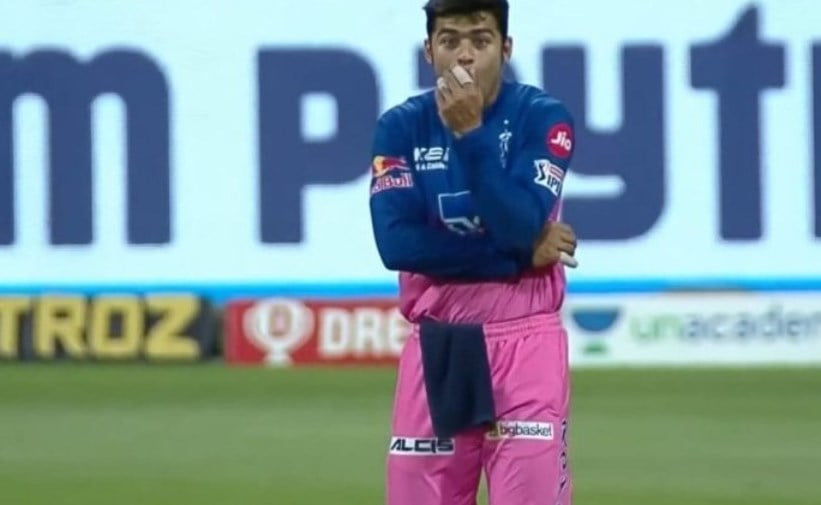 Riyan Parag, after playing a key knock for Rajasthan, was returning to the pavilion after finishing the innings with an 18-run over as well. While he was returning, Mohammed Siraj was seen saying something to the batsman, listening to which Riyan Parag has turned back and exchanged a few words pointing at Harshal Patel. Meanwhile, Harshal Patel, who had bowled the final over rushed towards Riyan and as did Siraj too. They then had a heated exchange of words while the other players tried to restrict them as well. The video of the incident went viral on social media in no time.

However, during one of his Rooter streams, Riyan Parag revealed the incident with the RCB bowlers. He shared that he made a gesture towards Harshal Patel after hitting him for runs as a response to what the bowler did after removing him in the previous season. However, it was Mohammed Siraj who initiated the verbal spat after the innings got finished. Parag has said during his stream that Siraj called him and asked him to behave like a kid as per his age. Riyan mentioned that Siraj unnecessarily called him and initiated the verbal argument as well.

With Harshal and Siraj:- pic.twitter.com/xFPp5xurdE

Riyan Parag also opined on the run-out in the first Qualifier where R Ashwin denied the single. Parag has also said that Ashwin denying the single would have been understood if there was any tail-ender but not with Parag himself when he was on the opposite end. He then clarified that his reaction to the veteran after that run-out was just a result of shock only. After the match Ashwin went on to apologize to him, Parag said as well.

With Harshal and Siraj:- pic.twitter.com/xFPp5xurdE

About the run out with Ashwin- pic.twitter.com/2w27vEwK9L