Rohit Sharma has now been appointed as the captain of the Indian ODI team replacing Virat Kohli. Just a month ago, Rohit was given the responsibility of T20I skipper when Kohli had resigned from the position. Now, the captaincy of ODI has also been taken from Kohli and Rohit has been made the new ODI captain of India in his place.

BCCI officials believe that there should be the same captain in limited-overs cricket and that has been the reason behind Rohit becoming the captain. ODI World Cup 2023 is not far away and the selectors and BCCI wanted that Rohit Sharma should get enough time to build his team for the marquee event.

ALSO READ: Hardik Pandya To Consider Retiring From Test Cricket Due To Injuries?

Virat Kohli became India’s ODI captain in January 2017 when Dhoni resigned from the post. MS Dhoni had later told that he had taken this step to give Virat time to prepare for the 2019 World Cup. Although Virat failed to lead India to win the 2019 World Cup as India witnessed a defeat in the semi-finals.

The Indian selectors also announced the squad for the upcoming Test series during the South Africa tour scheduled to be commencing later this month. Surprisingly, Jayant Yadav has been retained in the Test squad as Ravindra Jadeja wasn’t fit enough to travel with the team. Hanuma Vihari will also be making a comeback to the Test squad. Rohit Sharma and KL Rahul will also be coming back from rest.

Mayank Agarwala and Shreyas Iyer have also been rewarded a place in the squad for their performances in the recently concluded 2-match Test series against New Zealand at home. Wriddhiman Saha and Rishabh Pant are the two wicket-keepers in the Indian squad for the squad Africa series.

Ravindra Jadeja, Axar Patek, Shubman Gill, Rahul Chahar will not be taking the flight to the rainbow nation as they are sustaining injuries and their following rehabilitations. 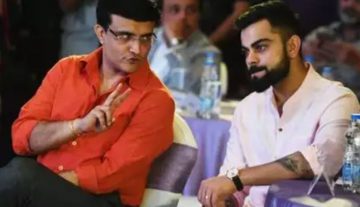