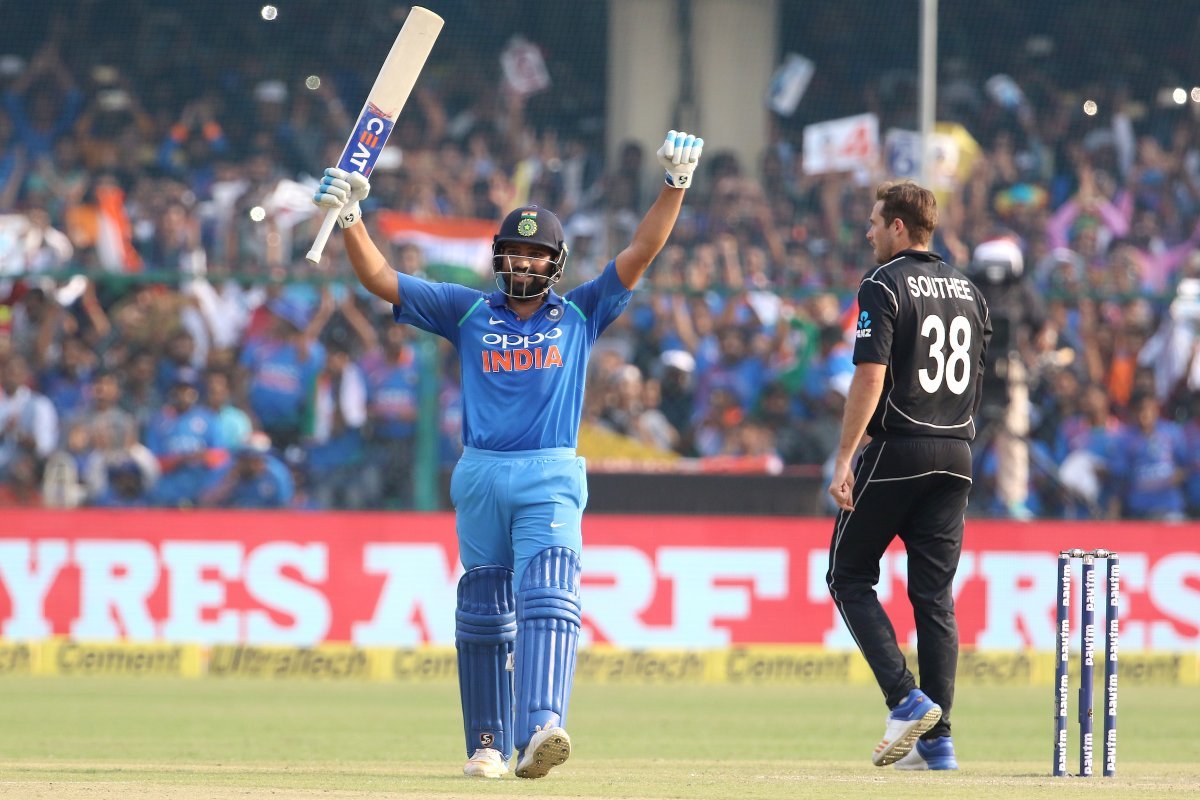 Star Indian opener Rohit Sharma has send ball over the ropes for 150 times in the One-Day International cricket during the series decider match against New Zealand. He achieved this milestone in just 165 innings, which makes him the second fastest batsman to touch this feat.

Former Pakistan skipper Shahid Afridi holds the record to reach there quickest in five less innings than Sharma. AB de Villiers and MS Dhoni are also featuring in this list on respectively third and fifth spot. Former Kiwi Chris Cairns is fourth in this record.

The 30-year-old scored a sublime century in this match and fell just 3 runs short to his fifth 150+ score in One-Day format. Kohli put a fine batting display with him and took India to 337/6 after 50 over.