On Sunday, Team India whitewashed New Zealand in the five-match T20I series and now they will be locking horns with each other for the three-match ODI series followed by a two-match Test series. However, ahead of the contest, the visitors have been dealt with a huge blow as the veteran opener, Rohit Sharma has been ruled out of both the series due to a calf injury.

Rohit had suffered a calf injury during the fifth and final T20I at the Bay Oval in Mt. Manganui. While taking a quick single in the 17th over of the innings, he suffered the injury, though he continued batting and also hit Ish Sodhi for a huge six, he walked off limping in the same over. He didn’t come out to field as well as India defended 163 to complete a 5-0 whitewash.

Rather after the match, KL Rahul had said that Rohit will get fit in a couple of days for the upcoming ODI series. However, the BCCI source, on Monday, confirmed that he has been ruled out of the ODI and Test series against New Zealand.

As per the quotes in Times of India, the source said, “Top India batsman Rohit Sharma ruled out of ODI and Test series against New Zealand due to calf injury.”

This can be another blow to Rohit’s Test career which was finally starting to blossom after he started opening the innings during the home season last year. He smacked two centuries and a double century against South Africa and was also the Man of the Series. Rohit himself was looking forward to the challenge of playing in New Zealand in Tests and was in good stead as well.

However, with Rohit being ruled out now, Prithvi Shaw might get a chance to make his ODI debut as he will be opening with KL Rahul As of now, Mayank Agarwal seems to be the possible replacement for Rohit in the ODIs. Shubman Gill is another candidate who might get a go, especially in Tests, after scoring an excellent double century in the second innings of the first unofficial Test against New Zealand A recently. 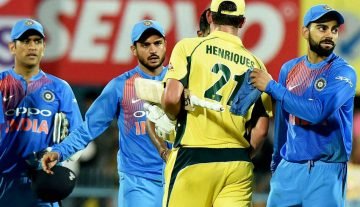