India’s veteran opener, Rohit Sharma is going through a great mind space in his life. In 2019, he amassed as many as 2442 runs across the formats and more importantly took up the challenge of being a Test opener with stupendous success.

Talking about his performance to PTI, Rohit said, “I am in such a great space in my life because of the family that I have — my wife (Ritika) and daughter (Samaira). I have actually passed that age to react to someone talking good or bad things about me. Frankly speaking, it doesn’t matter anymore.”

A double century on his “debut” as a Test opener against South Africa gave India the kind of momentum they were desperately looking for after Virender Sehwag going out of the International cricket.

But ask Rohit about it and he says, “Honestly speaking, I stopped thinking about Test matches a long time back. Earlier, I was thinking too much about success in Tests. After each Test innings, I would go to our video analyst, sit, watch and then confuse (clutter) my brain further.  All that was there in my mind was ‘Oh I need to do well in Test cricket’. So, before the 2018-19 Australia series, I told myself ‘Boss whatever has to happen will happen and I am not going to think about technique’.”

Many thought that the South Africa series was his last shot at redemption as a Test cricketer but not the man himself and he delivered when it mattered the most.

Talking about his redemption, Sharma said, “If I thought it was my last chance then I wouldn’t have scored runs with that mindset. You can’t allow negative thoughts to creep in when you are playing such a high profile sport. I know that I am no longer 22 or 23 years old that I will keep getting opportunities in Test matches and can take my place for granted. I am blessed to get an opportunity that many are waiting for.”

For Rohit, the success in recent years is because in recent times he has managed to shield himself from the noise around the world. At teh same time, he said that he empathizes with the young Rishabh Pant, who has been hounded by the critics for inconsistency. He said that the poor guy is hardly 22 and people are telling him to score centuries in every game, do this and do that.

After the ICC World Cup, there were stories about senior players extending their families’ stay beyond the designated number of days and Rohit said he felt hurt at families being dragged into it.

Talking about the same, Rohit said, “Our families are there to support us, make us feel happy. When all these things were being written about, few of my friends came and told me and believe me or not, I was just laughing. I think even Virat (Kohli) must have felt the same way as families are an important aspect of our lives.” 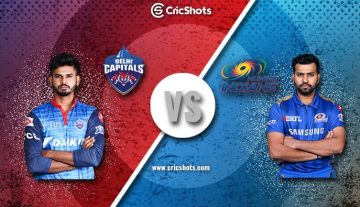