The deputy Indian skipper, Rohit Sharma celebrated his 33rd birthday on Thursday. The Indian opener took time out after his birthday to respond to the wishes that he received on Twitter. He responded to many tweets including Indian captain Virat Kohli’s birthday wish for him.

The Indian skipper, Virat Kohli had wished Sharma on Twitter saying, “Happy B’day Rohit @ImRo45. God bless you with good health and happiness and many more elegant innings. Stay safe stay healthy”. To this Sharma replied in a tweet and said, “Thanks a lot bro. Look forward to many more elegant partnerships too”.

Thanks a lot bro. Look forward to many more elegant partnerships too. https://t.co/pp1sbOtXsD

WWF India’s official Twitter handle also had come out and wished the batsman and said, “We are living in difficult times & it is important that we celebrate the joys along the way- we wish a very happy birthday to our rhino [email protected] Rohit Sharma has been an ambassador since 2018 – helping us raise awareness on the plight of rhinos”.

ALSO READ: Yuvraj Comes Up With A Hilarious Birthday Wish For Anushka Sharma

Responding to the same, Rohit tweeted, “Thank you it’s been a privilege”.

Thank you it’s been a privilege https://t.co/JIUxVT9mfh

Rohit has been the vice-captain of the Indian team in ODIs and T20Is. Sharma has often urged citizens of the country to practice social distancing regularly and follow all the guidelines that have been laid out by the government. He has been active on social media as the country battles against the coronavirus pandemic.

Sharma is also the captain of the Mumbai Indians (MI) in the Indian Premier League (IPL). He was supposed to lead his side in the 13th edition of the IPL. However, this year’s IPL has been postponed until further notice from the BCCI and it is still not clear if the cash-rich league will take place this year at all. 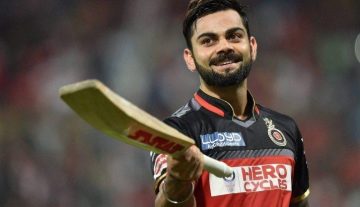